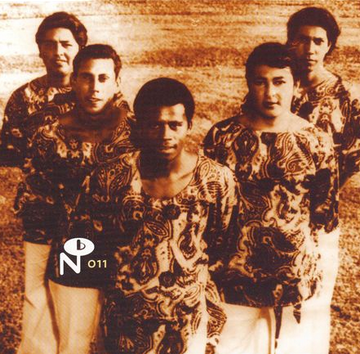 Sure, Mike Lenaburg could have followed in the footsteps of locals like Marty Robbins or Alice Cooper, ditching Phoenix when the palm-and-concrete 115-degree city turned an ice-cold shoulder on his exploits. But Mighty Mike stayed true to his town, believing his beloved Phoenix could sustain a soul scene to rival that of Detroit or Chicago or Memphis. From 1962 to 1980, Lenaburg documented Arizona’s truest funk ever to brave the desert: Sheila Jack, Michael Liggins, Small Paul, Ronnie Whitehead, Lon Rogers, We The People, the Newlyweds, and the soul trifecta of Super Souls, Soulsations, and Soul Blenders. Mike released singles on half a dozen of his own labels, including Homogenized Sound, Out Of Sight, Mighty, and Darlene; managed twice as many groups; owned a pair of record stores and ran two radio shows...all before he turned 30. Eccentric Soul: Mighty Mike Lenaburg excavates the photo albums and tape libraries of Phoenix’s second family of soul, that wrong side of the desert sound, a melange of Tejano psychedelia, flutey funk, horny hard soul, and fistfight doo-wop all done up with feral, unhinged production too off-the-wall for comparison. 2011’s double-LP issue features revamped liner notes, exclusive color photos and label scans, and a whopping 10 bonus tracks.