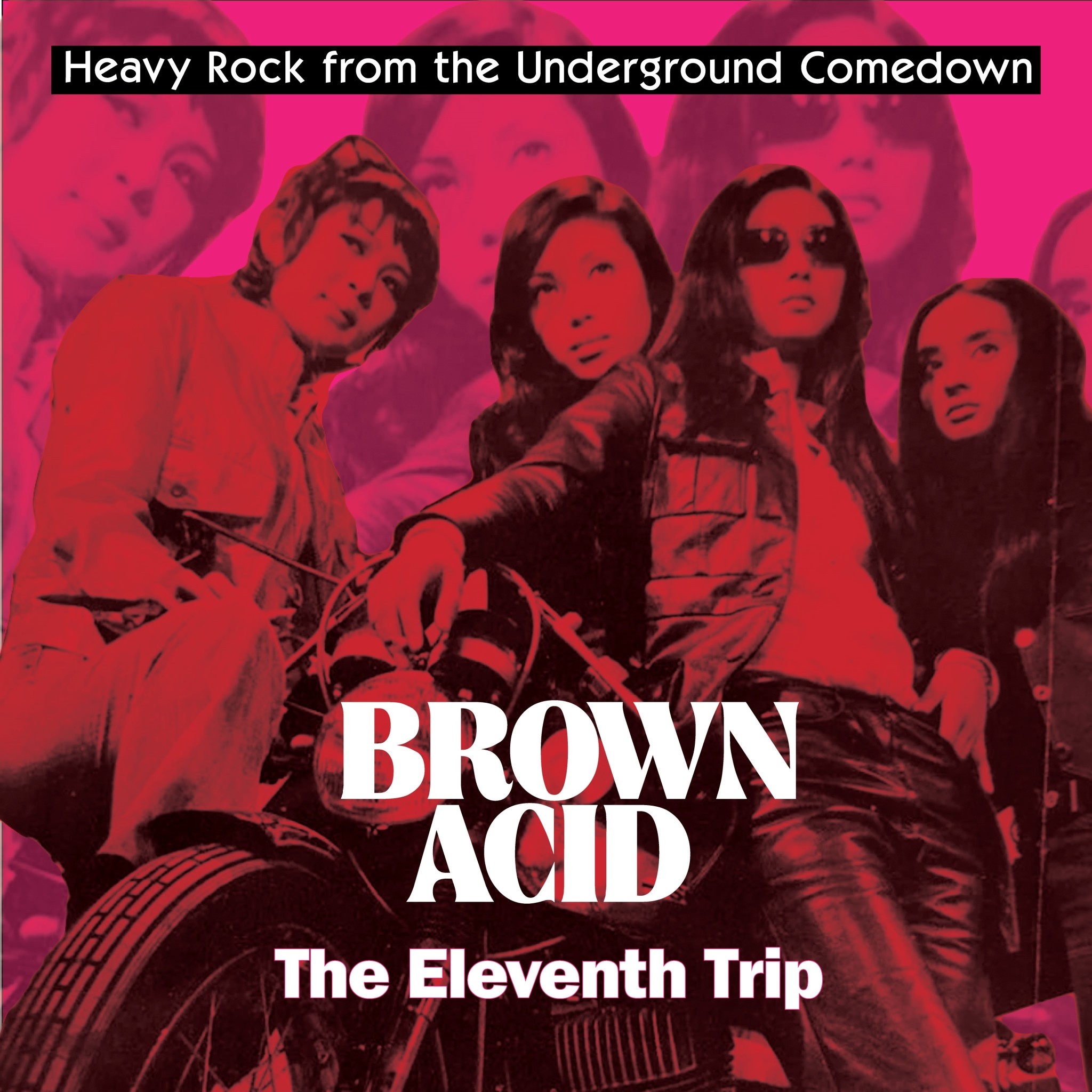 We’re now in the double digits of brilliant long-lost, rare, and unreleased hard rock, heavy psych, and proto-metal tracks from the 60s-70s and clearly this has become a bonafide archaeological movement as each new edition leads us to more exciting new discoveries. Like we’ve done throughout this series, all of these tracks were painstakingly licensed legitimately and the artists were paid. Make yourself comfortable and prepare for yet another deep, deep dive into the treasure trove of dank, subterranean, wild-eyed and hairy rock ’n’ roll.

This Trip opens with Adam Wind’s “Something Else,” featuring groovy crooning and a very acid-damaged guitar riff that meanders across key signatures like it ain’t no thing. This 1969 single by the Tacoma, WA band predates grunge by 20 years, but the band’s heavy psych and murky tones are just the stuff Northwest heroes Mudhoney sought so fervently at their peak. Lead singer Leroy Bell’s excessive vibrato gives the tune its charm, but the heavy breakdown in the middle is the real payoff.

Boston bruisers Grump return to the series with a previously unreleased dose of raw soul layered in greasy horns, plucky harmonized guitar leads and chirping organs on “I’ll Give You Love.” The track packs twice the punch of their cover of Elvis Presley’s classic “Heartbreak Hotel” heard back on The Eighth Trip, itself a fan favorite.

Stevens Point, WI is the actual origin of Bagshot Row, a little-known band taking its name from a street in The Hobbit. However, they sound much less fantasy obsessed than their name suggests and more akin to Sugarloaf of “Green Eyed Lady” fame. Their swaggering “Turtle Wax Blues” of 1973 will put some extra hair on your feet and send you searching for this lone 45 single like a ring that possesses magical powers to control all of Middle Earth (or at least Middle America.)

Larry Lynn’s “Diamond Lady” is the B-side to his 1970 single “Back On The Street Again.” Larry Leonard Ostricki adopted his stage name while performing with The Bonnevilles in the mid-1950s in Milwaukee, WI, and later with The Skunks. Larry Lynn’s eponymous band explored bluesy psychedelic rock from 1969 to 1978, only to reunite in 2009 and they still perform to this date.

Renaissance Fair take things in a very weird, very fun and undeniably heavy direction with an insanely distorted organ that sounds like a monstrous vacuum cleaner over dirge rhythms and growling vocals on their — we reiterate — weird 1968 track “In Wyrd.” Think if someone left a copy of The Doors’ Strange Parade out to warp in the sun on a blown-out toy record player, and then visiting space creatures attempted to imitate what they’d heard.

Chicago, IL’s Zendik bring it all back down to Earth with their politically-charged 1970 firestorm “Mom’s Apple Pie Boy” which echoes the unabashed rage of The MC5 and anthemic sarcasm of CCR’s “Fortunate Son.” The band’s only publicly released single “Is There No Peace” (previously heard on Brown Acid: The Sixth Trip) boasts the proto-punk refrain “God is dead!” This equally direct polemic was recorded during the same sessions, but unreleased until now.

The opening cowbell of Daybreak’s kicked back 1977 rocker “Just Can’t Stay” affirms that the boogie is back on this swaggering nugget of FM-ready rock from San Mateo, CA. “Just Can’t Stay” closes the band’s lone 4-song EP, and the band delivered on the promise, vanishing into the ether shortly thereafter.

West Minist’r of Fort Dodge, IA make their desires clear on “I Want You” with an undeniably driving riff and particularly beefy sounding synth leads that would fit in fine on Sabbath Bloody Sabbath. The song, originally released on Magic Records, is the B-side to “Sister Jane” and the band’s last of three singles issued between 1969 and 1975.

Debb Johnson of Saint Louis Park, MN is a BAND, not an individual member of the band. The 7-piece group featured a full horn section and three-part harmonies on their 1969 self-titled album. The backstory on their name is: three of the group’s seven members shared the last name Johnson, so they then took the first letters of the last names of the other four members and combined them into the word “debb.” The politically minded “Dancing In The Ruin” speaks a truth all-too-familiar to this day backed by a brand of wailing acid rock crossed with Buddy Miles’ Expressway To Your Skullstyle funk.

Crazy Jerry sends us off on a high note with “Every Girl Gets One,” featuring crunching riffs, rollicking electric piano, stop ’n’ start rhythms and a curious telephone call sounding like a creepy answer to the Big Bopper’s “Chantilly Lace.” Crazy Jerry is the alter-ego of guitarist Jerry Ciccone, who can also be heard on a few soul/funk and rock records from the 70s, including The Left Banke’s second album. But here, Jerry is…well, simply crazy. 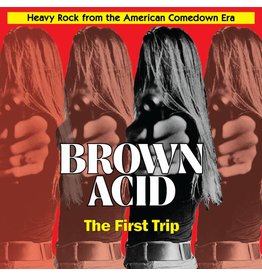 A solid set of unknown hits you can’t believe failed to connect back in their heyday.
Add to cart
Various - Brown Acid: The First Trip
£23.99 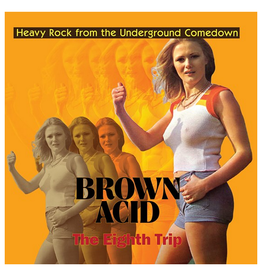 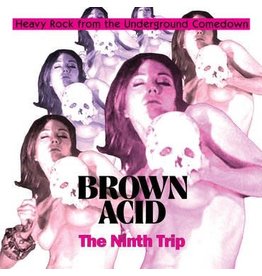 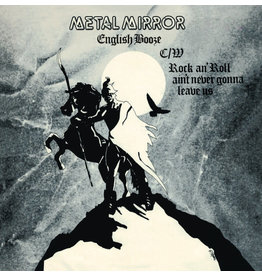 Repro picture sleeve on BLACK vinyl. 350 for the UK.
Add to cart
Metal Mirror - English Booze / Rock’n’Roll Ain’t Never Gonna Leave You
£9.99
Please accept cookies to help us improve this website Is this OK? Yes No More on cookies »