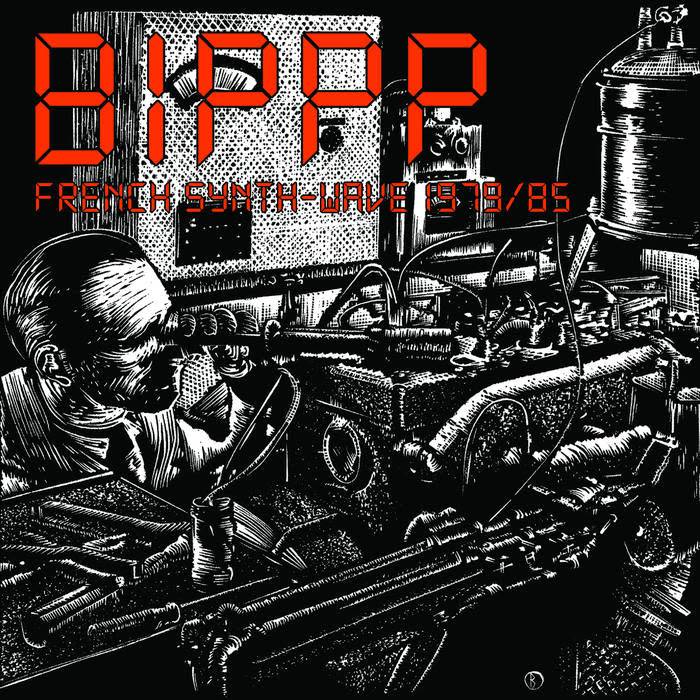 Increasingly detached from the original punk formula, the modern and arty youth of the early eighties set itself to jettison an artform that had lost much of the nihilistic and exhilarating energy of its halcyon days, stuck, as it was, in an endless and noisy regression. No Future was the motto of an artform without a cause that no longer echoed with the mindset of the time. Disheartened but eager to experiment and create, a new wave of French musicians followed the beacon of Jacno’s seminal 79 hit “Rectangle”, a visionary, digital coup de grâce, courtesy of a former punk which dealt the Rickenbacker and Fender era a fatal blow. The cold and robot-like bips of analogic keyboards took over. Casio, Korg MS 10, Arp Omni were the new paraphernalia of the növö generation. The ideal conveyers of its retro-futurist elegance and self-professed cold arrogance. They were pinnacles and symbols which turned as potent a fetiche as the electric guitar in the fifties or the laptop in the nineties.BIPP recalls the glory of a selected few. The cream of the crop of the shooting stars and cult band that followed in the footsteps of Kas Product, Mathematiques Modernes or Charles de Goal.