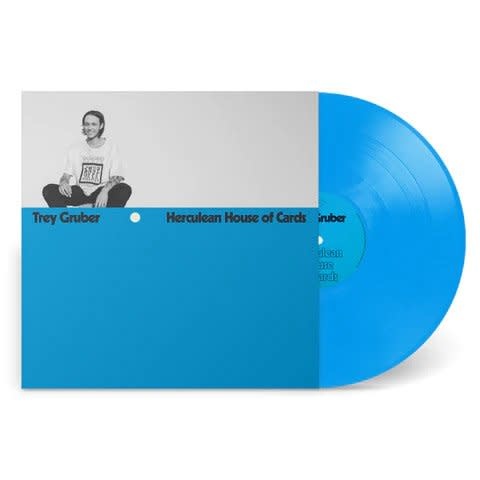 Opaque blue vinyl. A tortured songwriter and struggling addict who jolted the tired Chicago DIY scene with his own brand of primal despair, Trey Gruber and his band Parent were on track to join the ranks of Twin Peaks, Mild High Club, and Whitney. His death in 2017 at the age of 26 brought it all to a halt. In his final years, Trey wrote and recorded hundreds of previously unheard demos, dandelions in the cracked concrete of 21st-century disconnect, an alphabet's worth of which have been compiled by his family and friends for his only album: Herculean House Of Cards.