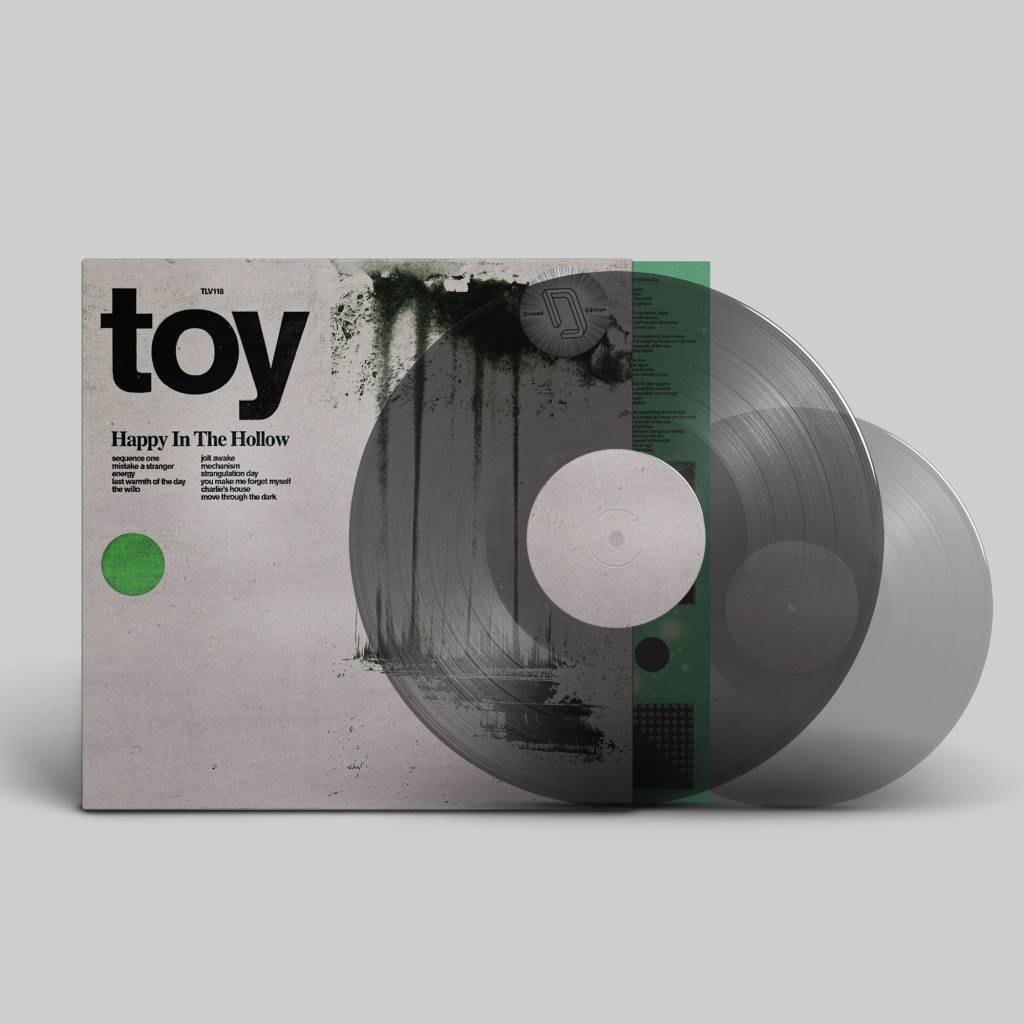 Dinked Edition on transparent vinyl featuring alternative artwork and a bonus 7" with two additional secret tracks. Toy have announce Happy In The Hollow, their fourth album and unquestionably their most direct & propulsive to date. Recorded between their own home tape studios and mixed at Dan Carey’s Studio B in South London, the album was entirely produced and mixed by the band. Happy In The Hollow is entirely uncompromising: an atmospheric capturing of a state of mind that touches on Post Punk, electronic dissonance, acid folk and Krautrock. Familiar qualities like metronomic rhythms, warping guitars, undulating synths and Tom’s gentle, reedy vocals are all in there, but so is a greater emphasis on melody, a wider scope, and a combining of the reassuring and the sinister that is as unnerving as it is captivating. The sound has without doubt expanded — and grown more confident — in part because this is the first album for which Toy has become a self-sufficient five-person unit doing everything for themselves.