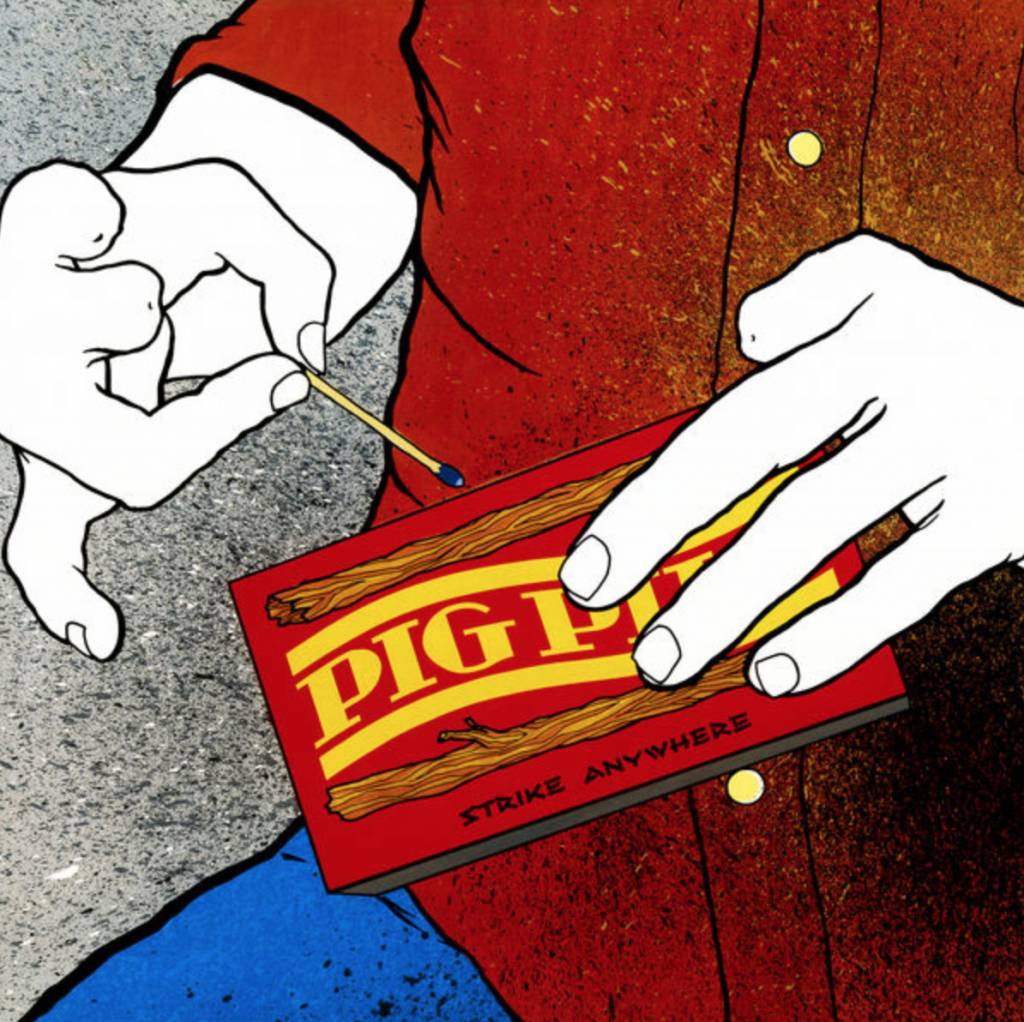 Recorded live in London in 1987, during the last Big Black tour, Pig Pile opens in the band's typically charming manner with bassist Dave Riley announcing "this song is called 'Dingy Little Back Alley Of A Country'," before the band launches into a punishing 46-minute set. The concert includes material from the band's first ep, Lungs, all the way up through 1987s Songs About Fucking. The band's confrontational live sound emphasizes crackling, extremely harsh guitar and very brittle drums. in true punk rock style, the treble has been turned up as far as possible.