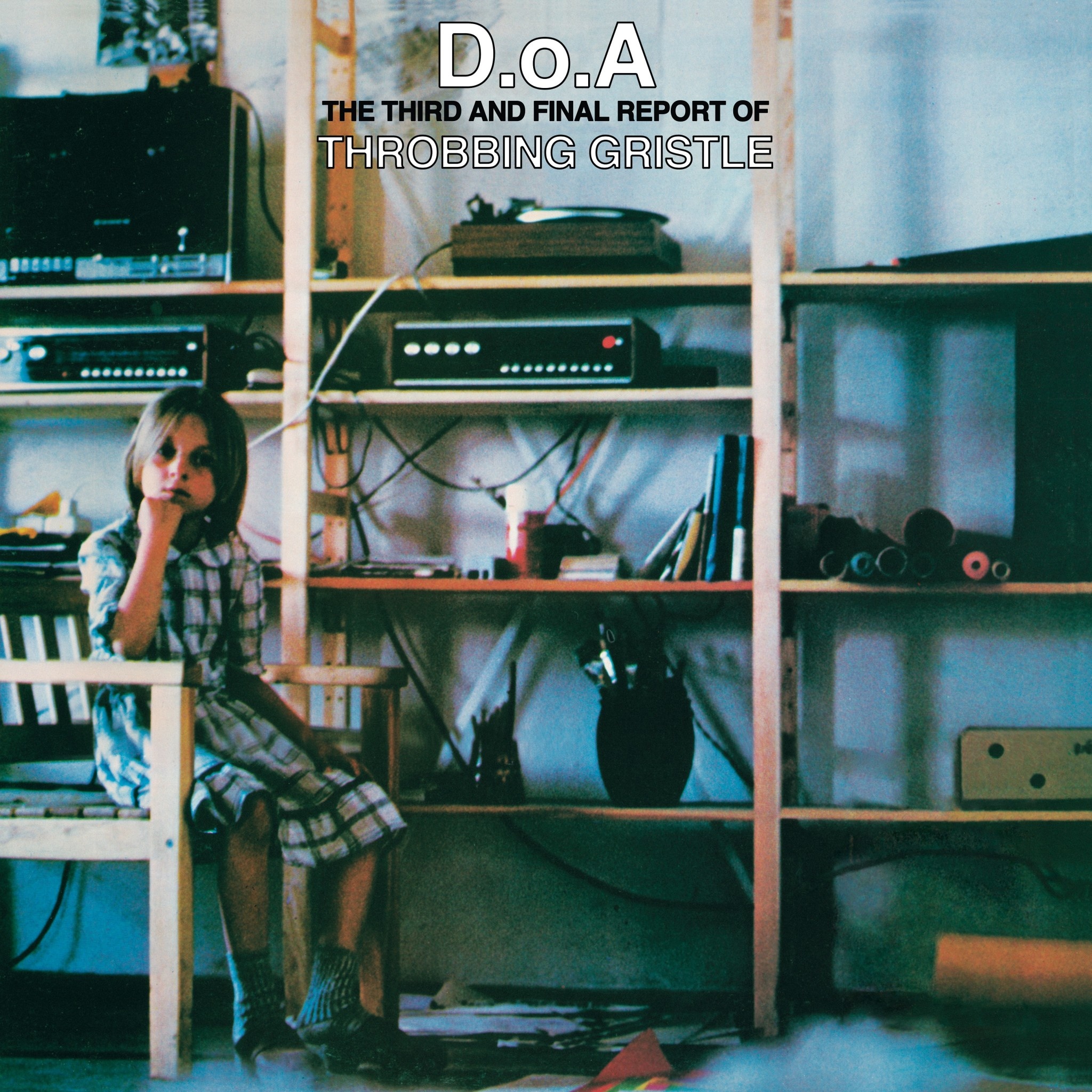 DoA The Third and Final Report of Throbbing Gristle is, along with 20 Jazz Funk Greats, the bands most famous and sought after album, back in print and on Green vinyl after being unavailable for a few years. Breaking from the live sound of the previous Second Annual Report, D.O.A. finds the group assembling collages of computer noise (before connecting to the internet sounded almost friendly), cassette tapes on fast forward, looped feedback and tape hiss, surreptitiously recorded conversation, threatening phone calls, and much more, all to a grand alienating effect, the sound of a gray day in a British tower block after all the drugs have run out. Of course, this was the intended effect and the band succeed well enough. Weeping, Genesis P-Orridge's version of a love ballad, loses itself among delayed strings and drones, a barely enunciated vocal, and a violin like a squeaky door. Hamburger Lady (about a burn victim) is even more repellent, but in a good way -- a genuinely scary listen. AB/7A, on the other hand, approaches the pulsing electronics of Kraftwerk or early Yello.