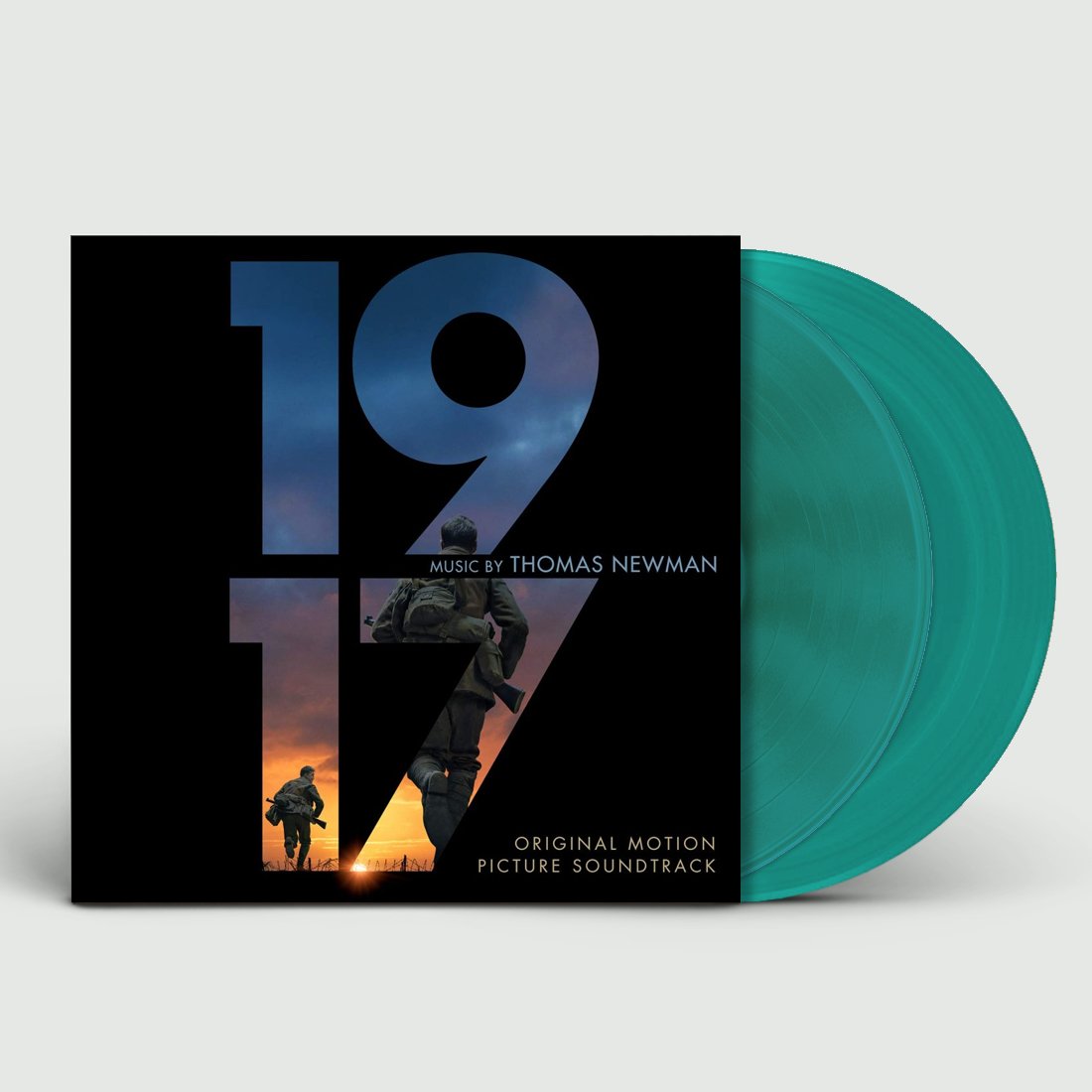 Translucent green vinyl. The music to the movie 1917, composed by Thomas Newman (The Shawshank Redemption, American Beauty, Road to Perdition). Newman has received a whopping 14 Oscar bids throughout his career, and this new epic score is already nominated for an Oscar and Hollywood Critics Association Award. Since the film is designed to be told in one continuous shot from cinematographer Roger Deakins, Newman’s pulse-pounding score often serves as a unique form of editing. The music cuts off during dramatic cues, ramps up in battle scenes and, in one breathtaking moment, becomes almost operatic as MacKay runs through war ruins to escape being seen from enemy flares. 1917 is directed by Sam Mendes, who wrote the screenplay with Krysty Wilson-Cairns (Showtime’s Penny Dreadful). Rotten Tomatoes critical consensus reads: “Hard-hitting, immersive, and an impressive technical achievement, 1917 captures the trench warfare of World War I with raw, startling immediacy.” This exclusive and extremely limited edition contains a 8-page booklet with movie pictures and liner notes by Sam Mendes. Only 1000 individually numbered copies on translucent green vinyl are available with 350 for the UK.