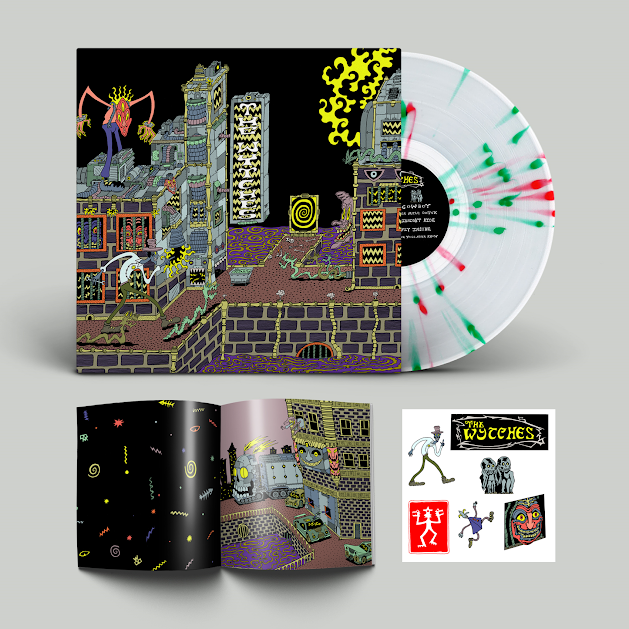 Dinked Edition: Exclusive splatter vinyl with signed 16 page fanzine, limited to 500 numbered copies. The Wytches release their third album Three Mile Ditch. The album recorded with Luke Oldfield at Tile House Studios is released on their own label Cable Code Records. The album is an explosive collection of 10 tracks that weaves seamlessly between gut-wobbling monster riffs, swampy rock, slick surf, and finely tuned songcraft. It’s also the result of a band coming back from the brink of collapse. Whilst the album is bursting at the seams with hard rock screamers, with hooks and riffs so infectious they burrow deep into the brain, there’s also other more nuanced elements at play. Bell’s love of classic songwriting from Bob Dylan to Elliott Smith via Big Star’s Alex Chilton can be heard reverberating throughout the record; the result is a blend between his honed and subtle knack for songcraft and crunchy, eruptive bursts of noise.