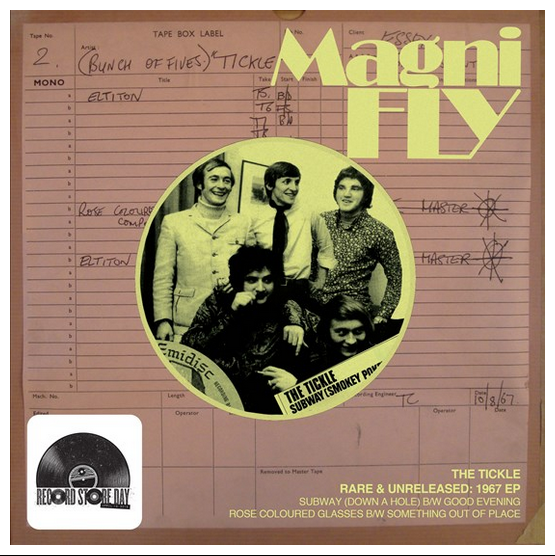 7" black vinyl. 50 years ago David Bowie released Space Oddity which transported him into pop orbit. The memorable out-of-this-world guitar on the track was provided by Mick Wayne who had first worked with Bowie in 1967 alongside Tony Visconti who was kick-starting his career as a producer. Visconti also produced Mick’s band The Tickle after rechristening them from the Bunch Of Fives. Their debut 45 Subway (Smokey Pokey World) was released in September 1967 but failed to chart and the group split up leaving an unreleased 45 in the can. Mick began assembling his next band Junior's Eyes who released their only album in 1969 whilst gigging as Bowie’s backing band prior to the formation of the Spiders From Mars. Subway’s hooky psychedelic guitar driven blast of London Town rock has made The Tickle’s only 45 a much desired cult record that has acquired of a value of over £700.