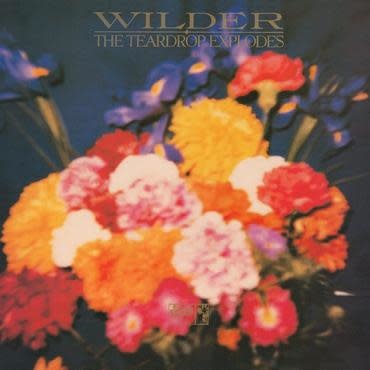 Wilder is the second album by Liverpool band The Teardrop Explodes, and the final completed album released by the group. Despite the flux they were going through, the Teardrops somehow got it together to record the heavily-hyped Wilder, which unlike its predecessor did nothing in terms of sales or smash singles, outside of the semi-successful shimmering keyboard/crunch of Passionate Friend. This isn't for lack of talent on the band's part, and the trademark kicky arrangements and horns appear throughout. However, unlike the joyous outpourings of Kilimanjaro, Wilder sounds distanced. pleasure, though, Wilder offers up some good stuff, with more cryptic compositions and performances throughout, while Clive Langer takes over full production after only doing a few on the first album.