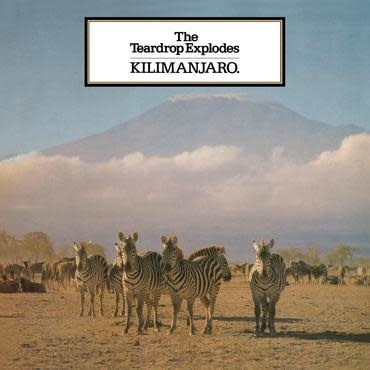 Kilimanjaro the debut album by Liverpool band The Teardrop Explodes, which featured Julian Cope as its lead singer was released on 10 October 1980. It contains versions of the band’s early singles including Sleeping Gas, Bouncing Babies, Treason and their biggest hit, Reward. Cope is already a commanding singer and frontman; his clever lyrics and strong projection result in a series of confident performances, whether his trading lines with himself on the motorik chug of Sleeping Gas or his yelps on Books. For all the bad energy between himself and Balfe, the two sound like they're grafted at the hip throughout, the latter's keyboard washes and staccato melodies adding the fun, nervy vibe. Dwyer's spot-on drumming keeps the pace, while both guitarists, Finkler and his replacement Gill, don't drown the band in feedback to the exclusion of everything else.