The Slow Readers Club - The Joy of The Return (Dinked Edition) 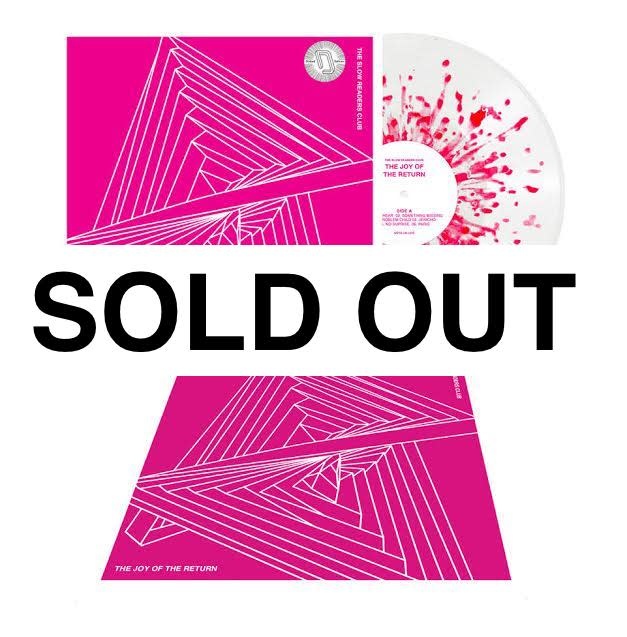 Dinked edition: clear vinyl with magenta splatter, numbered art print & exclusive album artwork. The Slow Readers Club have announced their fourth album, The Joy Of The Return. All I Hear begins the album opening to an energetic blend of driving drums and infectious guitar lines, the track builds through evocative verses and anthemic choruses, imbued with their idiosyncratic brand of insightful and confronting lyricism and set against relentlessly danceable and energy-provoking instrumentation. Throughout the album, the band explore a vast swathe of sonic territory, from the passionately delivered All The Idols, to the poppier tones of Jericho that power through with bright indie guitar lines and ethereally melodic choruses. Recorded at Parr Street Studios in Liverpool and produced by long-standing collaborator Phil Bulleyment, The Joy Of The Return marks a significant change in the band’s process, with their extensive touring allowing them time to write and develop tracks and arrangements through soundchecks and back-of-van jams. The dark power-pop that defined their previous releases holds a strong influence, with the brooding No Surprise providing a powerful dose of evocative lyricism amid immersive soundscapes, while the unsettling Paris is an undulating exploration of observational songwriting and eclectic musicality. The swelling, arena-sized Zero Hour displays the enormity of The Slow Readers Club sound and sets the precedent for their incredibly exciting future, while The Wait closes the album with a beautifully absorptive combination of atmospheric synths flipping the pace of the record on its head to intoxicating effect.