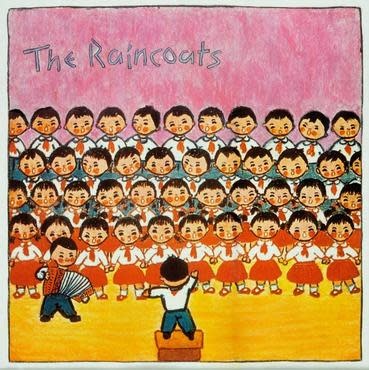 Marbled vinyl. A remastered, self released Marbled vinyl version with download code of seminal post-punk combo the Raincoats' debut album originally released in 1979 on Rough Trade. This reissue comes with a single bonus track: Fairytale in the Supermarket, the band's debut single. the extra song opens the new edition of the album rather than be appended at the end as a bonus track. Formed in the late '70s by singer-guitarist Ana Da Silva and singer-bassist Gina Birch, the Raincoats recorded three albums with an evolving cast of players before splitting in 1984. Like the Vaselines, interest in the band from Nirvana's Kurt Cobain helped lead to a mid-'90s renaissance; Rough Trade reissued the band's three albums in 1994 with liner notes by Cobain, and the reformed Raincoats released a fourth album, Looking in the Shadows, in 1996, and have performed live sporadically since. a triumph of lo-fi amateurism over musicianship, the Raincoats took as their blueprint sound a harsh blend of clashing guitar, shrill violin and ramshackle drumming; but could still fashion songs of the most heart-breaking beauty out of such crude materials. Fairytale in a Supermarket is extraordinarily emotional; while a cover of the Kink's Lola sung by three girls flirts with sexual ambiguity.