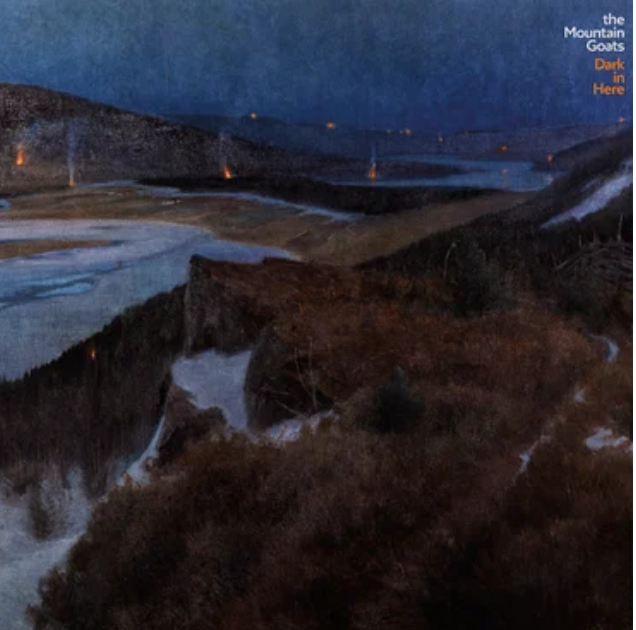 When the Mountain Goats got together in March 2020, it was to make not one album, but two. The idea was to again work with Matt Ross-Spang, the dashing Memphis wunderkind. Matt pitched we spend a week at Sam Phillips Recording, his home base in Memphis, followed by another at the storied Fame Recording Studios in Muscle Shoals, Alabama, a plan that dovetailed nicely with John’s notion of corralling these songs into two complementary batches: one light, one dark.

The Memphis album Getting Into Knives, would be brighter, bolder, marked by rich and vibrant hues; the Muscle Shoals album Dark in Here, is quieter, smokier, but more deeply textured and intense. We were all aware of the mythos surrounding Fame. The second you step inside you transport to its early ’60s heyday and its louche mid-’70s denouement. The room we set up in is the room where Percy Sledge sang “When a Man Loves a Woman” and where Aretha Franklin recorded “I Never Loved a Man (The Way I Love You).” The Wurlitzer with which Spooner Oldham opens the last? It’s sitting right there. Spooner is living musical history, having played with everyone from Bob Dylan and Neil Young to Linda Ronstadt and Liberace, for crying out loud. And Spooner is all over Dark in Here any time you hear a bit of Hammond organ or electric piano chiming in without repeating a phrase.

We tracked the album’s one outright banger, “The Destruction of the Kola Superdeep Borehole Tower,” live with Spooner, and “Mobile” and “Dark in Here” with guitarist Will McFarlane another local veteran who played with Bonnie Raitt for years. We only had Spooner for two afternoons, though, and Will for just one. After it was just the four of us: John playing acoustic guitar and occasional piano, the rhythm section of drummer Jon Wurster and myself, and our jack-of-all-trades Matt Douglas picking up everything else. The result is something more stripped down and intimate than the lush arrangements of Getting Into Knives. Of “The Slow Parts on Death Metal Albums,” John concedes that the song is autobiographical. While the lines, “In a new universe / trying to find the mask that fits me” would take on a newly literal connotation in the weeks to come, the song is about going to late ‘80s metal shows at Fender’s Ballroom in Long Beach, and about seeking a sense of identity and community in strange and occasionally forbidding places. This theme feeling at once conspicuous and invisible, the frustrated craving for acceptance is echoed elsewhere. Then there are elegies to lost causes, some big and institutional (“The Destruction of the Kola Superdeep Borehole Tower”), some small and personal (“Arguing With the Ghost of Peter Laughner About His Coney Island Baby Review,” a tribute to David Berman, whose return from self-imposed musical exile had been cause for huge celebration in our camp). “Before I Got There” neglects to identify its victims, or the tragedy that’s befallen them.

John writes in the liner notes that “if you’re looking for a governing theme here, it’s calamity, as all the songs are either anticipating one or reflecting one that’s already happened.” Peter Hughes, Rochester, March 2021. 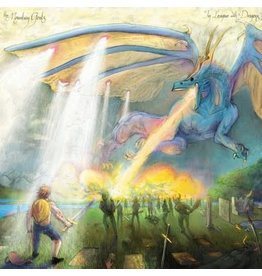 The Mountain Goats Are John Darnielle, Peter Hughes, Jon Wurster, And Matt Douglas. They have been making music together as a quartet for several years.
Add to cart
The Mountain Goats - In League with Dragons
£19.99 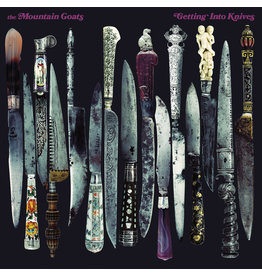 The perfect album for the millions of us who have spent many idle hours contemplating whether we ought to be honest with ourselves and just get massively into knives.
Add to cart
The Mountain Goats - Getting Into Knives
£23.99 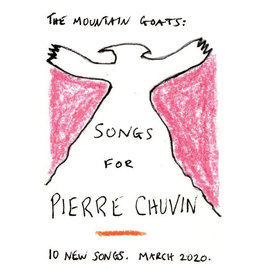 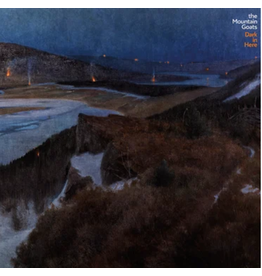 Dark in Here, is quieter, smokier, but more deeply textured and intense.
Add to cart
The Mountain Goats - Dark in Here
£24.99
Please accept cookies to help us improve this website Is this OK? Yes No More on cookies »