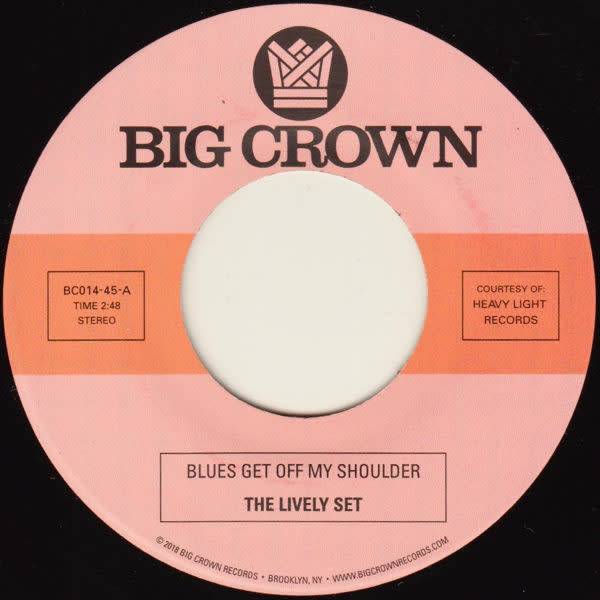 Big Crown Records is proud to present this killer reissue split 7” of two tunes that are equally as rare as they are great. An absolute must have for the funk and soul collectors that is sure to burn up the dance floor. Side A is The Lively Set’s cover of Blue’s Get Off Of My Shoulder which was recorded in San Antonio, Texas in 1967 and originally released on Satin Records. It is rumored that only 10 copies have ever been found of the original, and with it changing hands in the neighborhood of $5,000, it’s a pleasure to get this side into collections and ears. The backing band for this tune is none other than Mickey & The Fabulous Five, who later went on to be Mickey & The Soul Generation. With pleading vocals by frontman Buddy Washington and a heavy duty groove peppered with blaring horns and rhythm guitar this is a lo-fi bomb of a record. Side B, also by way of San Antonio, recorded in ’67, and released at the time on Satin Records, is The Three Dudes I’m Begging You.