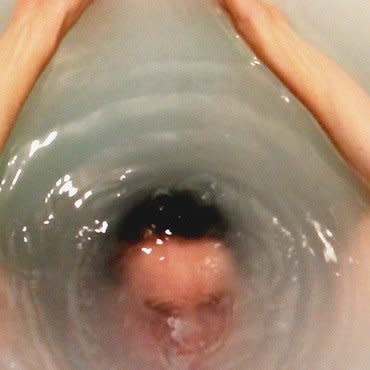 London based Australian-American duo The Golden Filter release their latest full-length album Autonomy via their own 4GN3S imprint. Autonomy is a fiercely independent album and serves as a testimony to the united couple’s instinctive DIYattitude; for 10 years now, everything The Golden Filter has done from, producing, mixing, releasing, to shooting videos and press shots is a sovereign endeavour. Here, the duo finds themselves at a point of fearless positivity and an unbreakable creative synchronicity. This is undoubtedly one of their most focused and ambitious releases so far. Born out of their own self-contained studio in Peckham, free from external influence, Penelope and Stephen set about on a mission of self-searching and solipsism drawing influence from their love and unity that sternly defies the damage caused by the ever-growing daily trauma of capitalism and politics. Staunchly feminist and optimistically reflecting on the growing human disconnect from reality, Autonomy pulls subtly from the gloomier sides of British life and culture, The Golden Filter’s home now for the last four years. Autonomy mines dark and experimental electronic tones; simultaneously conjuring dystopian synthscapes, EBM, post-punk, motoric electro and minimal wave. Coercion is a mournful new wave cut that places Penelope’s recent brand of “inky dream pop” underpinned by Stephen’s pulsating synths as the perfect soundtrack to the rapture.Tracks like Autonomy and Infinity find The Golden Filter in more familiar territory, thrusting post-punk electronics that straddle the gap between Panorama Bar staples and wayward, thought provoking art-pop. Electric Light is an updated homage to old-school sounds of Siouxsie and New Order that take on the duo’s message of finding light in the dark and remaining open minded to each other as humans. Album closer All The Queens is the most front-facing example of the duo’s political inspirations; imagining a new world, reborn under the rule of divine femininity.