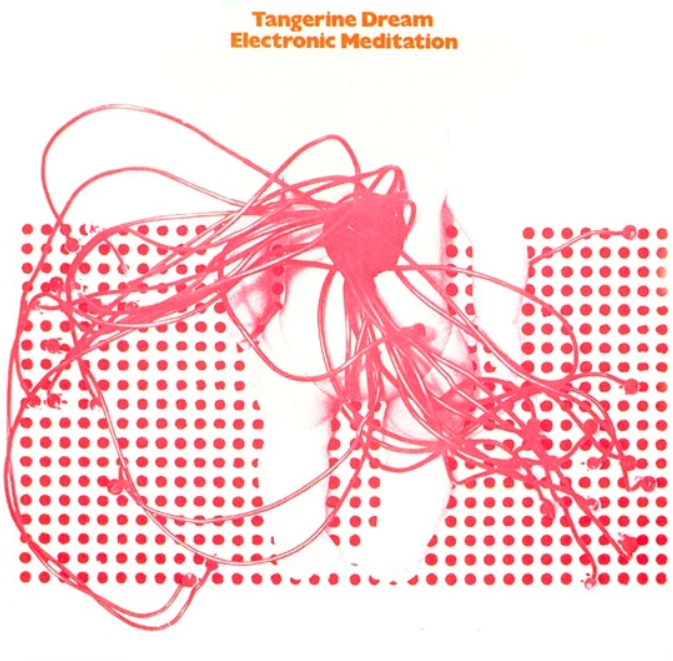 This was the embryonic Tangerine Dream's first record release, originally by a very forward-looking (to say nothing of brave) german record label, ohr. it was recorded in october 1969 and bear in mind that 1969 was only five years or so after robert moog and david buchla almost simultaneously released the world's first commercial electronic music synthesisers. such instruments were still rare, expensive, and of fairly limited capabilities back then, and the 'electronic' of the title refers not to the use of any such instrument, but rather to the treatments applied to the sound produced from the standard acoustical instruments-guitars and piano (edgar froese), cello and violin (conrad schnitzler) and drum-kit and metal sticks (klaus schulze)-using an extremely crude electronic effect device, an additator-basically, just a ring modulator and the use of farfisa organ. the music itself is difficult to describe, but if you imagine three guys hammering and scraping away and generally torturing their instruments, often with little or no seeming regard for what their fellow group members are doing at the time, then you'll have a pretty fair idea!