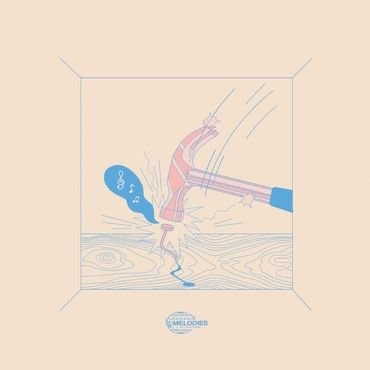 Melodies International are glad to step forward with their latest reissue and 19th release, exploring the sounds of London locals Synchrojack: Daylight and 900th Lifetime, two slabs of mid 90s UK house at its best. Originally from Portsmouth in the UK, Synchrojack is a London based production duo formed by Dean Slydell and Greg Wheeler in the mid 90s. Both deeply into records and production gear, they connected through figuring out how to set up a shared studio in Dean’s parents’ home and starting to produce electronic music in their late teens. They were completely taken over by the sounds of Detroit and Chicago that were getting imported at the time. Starting out trying to emulate those sounds they loved, tracks by Model 500, Glenn Underground, Lil Louis, Steve Poindexter and Mike Dunn among many others, what came of Dean and Greg’s sessions wasn’t a carbon copy but their own distinctive sound. They began releasing on Russ Gabriel’s mythical UK label Ferox records in 1995 and would go on to release a string of releases throughout the 90s, using the moniker Downlink as well. MEL019 presents two tracks by Synchrojack, one from each of their two first EPs released on Ferox, both in 1995. Above anything, what’s clear listening to Synchrojack is their deep love, knowledge and appreciation for music and their talent as producers, channeling their many influences into their own sound. Daylight is a bouncy, stripped back drum heavy banger that just steams ahead with percussive synth patterns and a hypnotic deep bassline whilst 900th Lifetime brings a dramatic sci-fi vibe reminisent of some of the best out of Detroit.