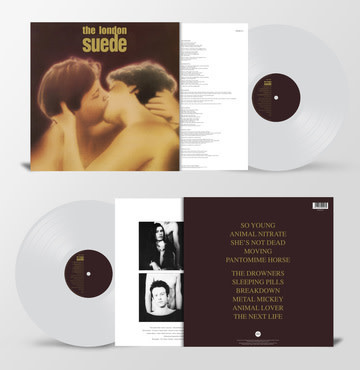 A special Record Store Day 2020 release, available in store on the 24th of October. Remaining stock will be available to order online from 6pm on the same day.

Clear vinyl. Released in March 1993, Suede was the fastest-selling debut album ever in the UK. Available on vinyl for the first time in the US, the album contains what Rolling Stone called “its triptych of instantly classic singles” - The Drowners, Metal Mickey and Animal Nitrate. At the time, the album’s release in the US was hampered by an injunction from an existing US act called Suede. As a result, the band’s subsequent album releases in the US were ‘branded’ as being by “The London Suede”, but the first album was never re-branded.