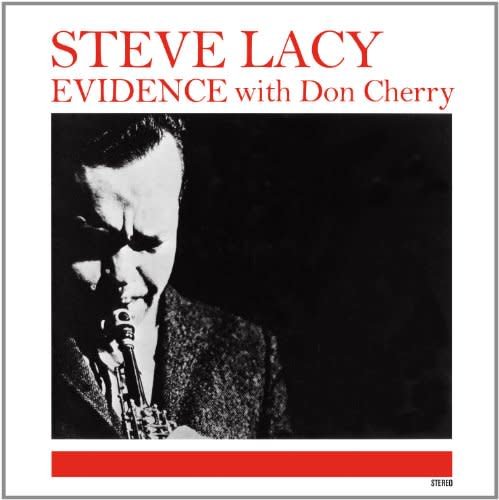 Soprano saxophonist Steve Lacy continued his early exploration of Thelonious Monk's compositions on this 1961 Prestige date, Evidence. Lacy worked extensively with Monk, absorbing the pianist's intricate music and adding his individualist soprano saxophone mark to it. On this date, he employs the equally impressive Don Cherry on trumpet, who was playing with the Ornette Coleman quartet at the time, drummer Billy Higgins, who played with both Coleman and Monk, and bassist Carl Brown. Cherry proved capable of playing outside the jagged lines he formulated with Coleman, being just as complimentary and exciting in Monk's arena with Lacy. Out of the six tracks, four are Monk's compositions while the remaining are lesser known Ellington numbers: "The Mystery Song" and "Something to Live For" (co-written with Billy Strayhorn).