Steve Hiett - Girls In The Grass 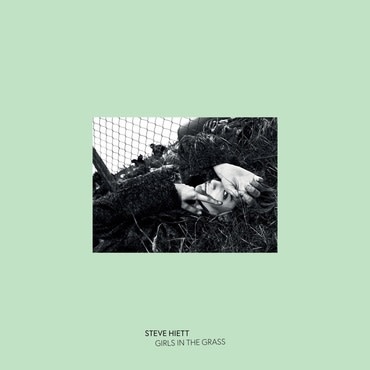 Previously unreleased material from Steve’s private recordings, remastered from the original masters. Three emotional years in the making, Be With and Efficient Space finally present Steve Hiett’s Girls In The Grass. Pressed alongside the long awaited reissue of his one-shot masterpiece Down On The Road By The Beach, these ten balearic soul instrumentals are of equal necessity; unrivalled beauty rescued from the fashion photographer-guitarist’s Paris Tapes (1986-1997). Hiett’s guitar sings with the same clean, crisp tone as Down On The Road, animated by a carefree weekend groove. Unlike his defining album which was boiled under pressure, these subsequent sessions have all the time in the world. The naïve melodies chart a missing link between Vini Reilly’s ventures into electronica and Booker T, sounding like sun-warped takes on wordless, fractured non-hits from his heroes The Beach Boys. While recordings unintended for release should often be approached with caution, this is a rare case of unheard material being assembled as an indispensable and coherent piece. Girls In The Grass is something super special. The light and shadow that defines Hiett’s music is arguably more compelling here. It speaks to us in a language that feels profound, yet entirely comforting and familiar. Girls In The Grass reintroduces Hiett’s languid electric blues boogie, crafted on Saturday afternoons with fellow art director Simon Kentish. Kentish would cook, pour some wine and then utilise his arsenal of technology. He’d dial up a chugging rhythm, together with some ambient pads or keyboard textures, and anchor the weightless gauze of Hiett’s six-stringed touch. Remastered for public pleasure by Simon Francis, these private moments are adorned with Hiett’s singular photography and feature typically idiosyncratic liner notes from Mikey IQ Jones.