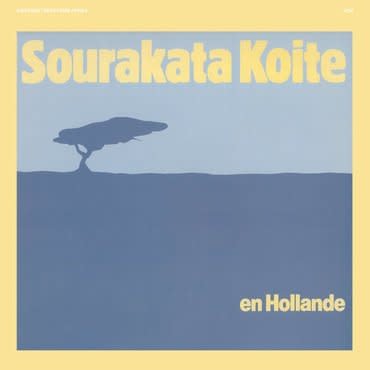 Senegalese kora master Sourakata Koite began music from pretty much day one. "All the Koite are musicians!" he says. Indeed he is a member of a family of djeli (or griot in French), the hereditary caste of musician-storyteller-historians in West Africa. After moving to Paris in the late 70s he began to play in different bands and for musicians like Manu Dibango, Toure Kounda, Mangala, Mah Damba and more. During a festival in Holland, a music producer form Plexus Records heard him and asked to make a recording. In 1984 in an old chicken coop near Delft, Koite recorded the entire album in one take, including overdubs. The rich sonics and deep sound beautifully presents Koite's virtuosic and entrancing renditions of traditional and original tunes. With the reissue of en Hollande, Awesome Tapes From Africa continues its mission of bringing tapes posted on the ATFA website over the years, including this one, to music fans all over the world.