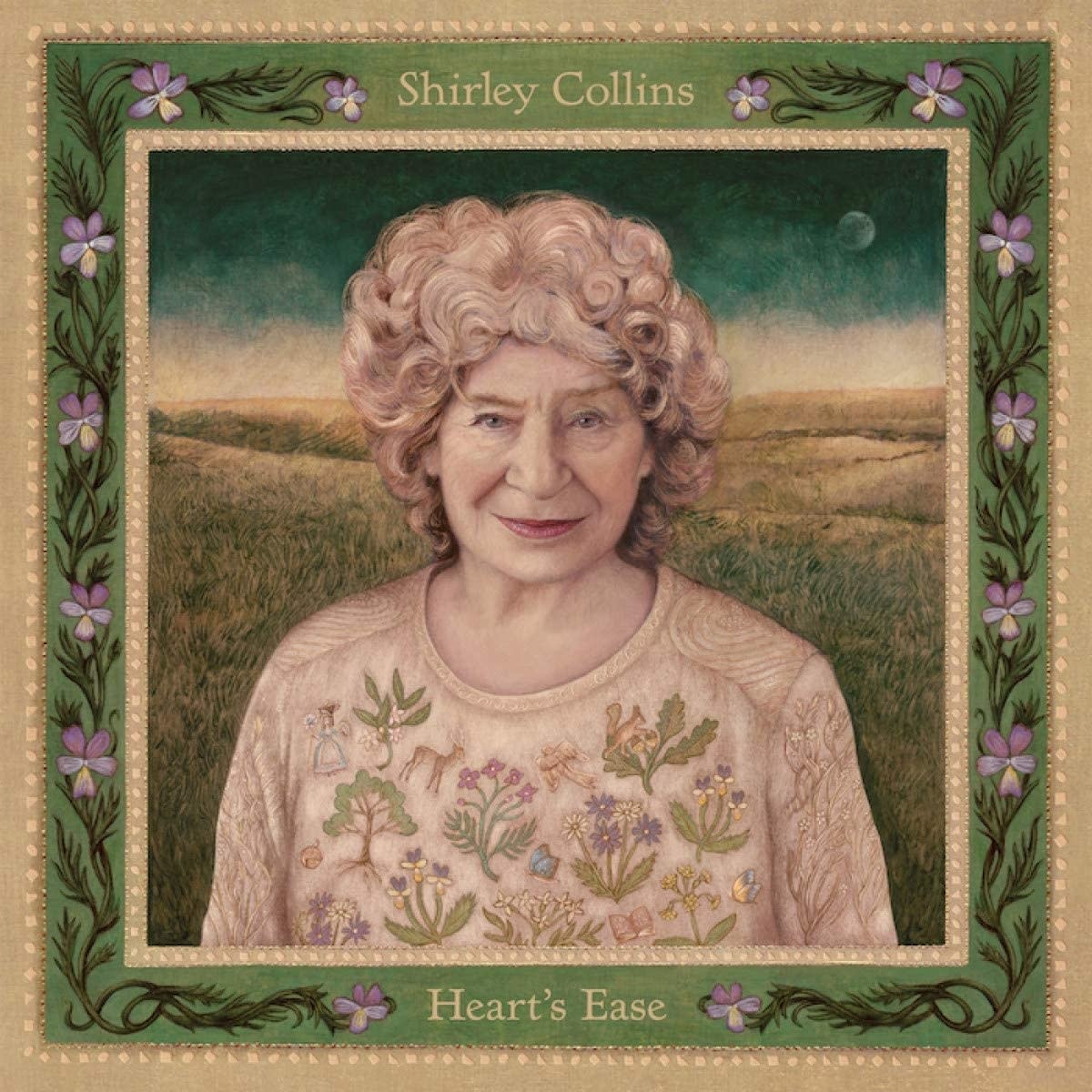 Dark green coloured vinyl. Heart’s Ease follows 2016’s Lodestar; which on its arrival, seemed like a musical miracle - an enthralling new LP from a woman who is widely acknowledged as England’s greatest female folk singer, but who had not recorded an album for 38 years. With Heart’s Ease, Shirley delivers a record even stronger than Lodestar having completely regained her confidence, and singing so well that you can’t believe she was away for so long. As Shirley put it, “Lodestar wasn’t too bad, was it? But when I listen to it, it does sometimes sound rather tentative. I had to record it at home because I was just too nervous to sing in front of somebody I didn’t know. This time I was far more relaxed – even though I went into a studio.” Recorded at Metway in Brighton, Heart’s Ease is as compelling and original as Shirley’s great albums from the Sixties and Seventies. There are traditional songs, of course, from England and the USA, but there are also more new songs than in the past (four non-traditional tracks) and there’s even a burst of experimentation that hints at possible new directions to come. The first song to be shared from Heart’s Ease is Wondrous Love; its tune comes from an 18th Century English ballad about the infamous sea captain William Kidd, who was hanged for piracy in 1701. Collins first heard the hymn at a Sacred Harp Convention in Alabama (Collins and Alan Lomax recorded it on their field recording trip in 1959). Shirley has decided to sing it now, she said, “because songs are stored in my memory for a great many years, and suddenly it seems the right time to bring them out again.”