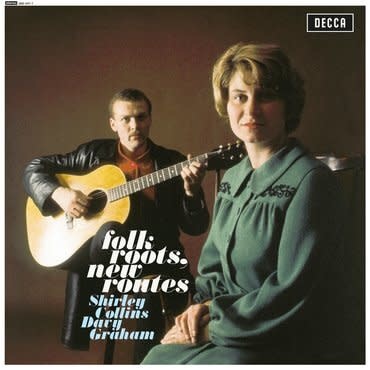 One of the best 1960’s folk music revival albums of the 20th Century. Folk Roots, New Routes is a beautiful, highly respected and often the go-to British folk album which has earnt a great deal of admiration from many musicians, critics and fans around the world. Graham and Collins’ pioneering arrangements and playing is unyielding and timeless, yet their uncompromising approach was also very innovative. Pressed on 180grm vinyl, analogue remastered with many tracks in stereo for the first time, directly from tapes for RSD 2020. Comes with new additional liner notes and rare photos printed on the inner sleeve.