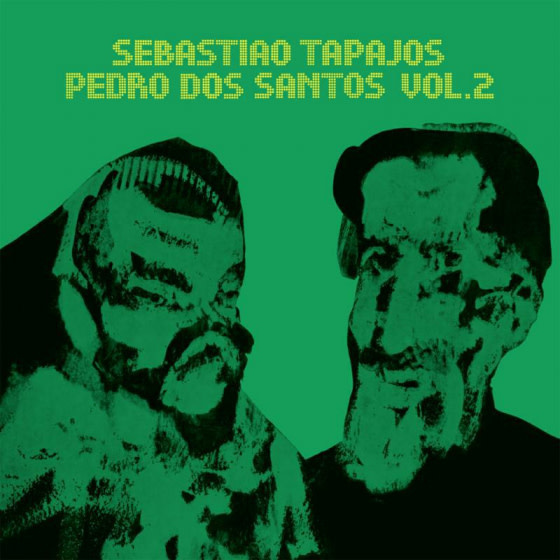 Recorded and originally released only in Argentina in 1972, the album shows an exquisite and delicate dialogue between the guitar of Sebastiao Tapajos and the percussion provided by Pedro Dos Santos that generates ambiences of unusual beauty and depth. From the personal approach to Jobim's classic Samba Do Aviao to the energetic and fast paced Ganga, the album's opening song, the mysterious beauty of Rio Das Ostras to the cinematic moods of Ambush (bossa meets action film music?), Vol. 2 is absolutely wonderful from beginning to end. It is a necessary complement to the much hailed Pedro Dos Santos album Krishnanda in the collection of anyone with an interest in the most adventurous sounds of Brazil and also an essential work in the discography of Sebastiao Tapajos. In Vol.2 the connection between the delicate guitar of Tapajos and the surprising experimental percussion of Pedro Dos Santos, based on unusual objects such as spoons, deodorant containers or matchboxes, creates extraordinary beauty throughout the 12 songs on the album. The sound of the flute is another of the ingredients present in several of the songs and, although his actual involvement is not confirmed on the sleeve credits of the album, everything seems to indicate that Danilo Caymmi was the musician invited to accompany the Tapajos-Dos Santos duo. Since its first release in 1972, this album has been highly sought after by all Tapajos fans, both inside and outside Brazil, becoming a title hard to get hold of due to the fact that it was initially only published in Argentina. Years later, when Brazilian rhythms were incorporated, along with jazz, to the spectrum of sounds regularly played at London clubs, by DJs such as Gilles Peterson or Paul Murphy, a renewed interest in this album arose as it includes the killer dancefloor tune Tornei a caminhar, an amazing samba funk number.