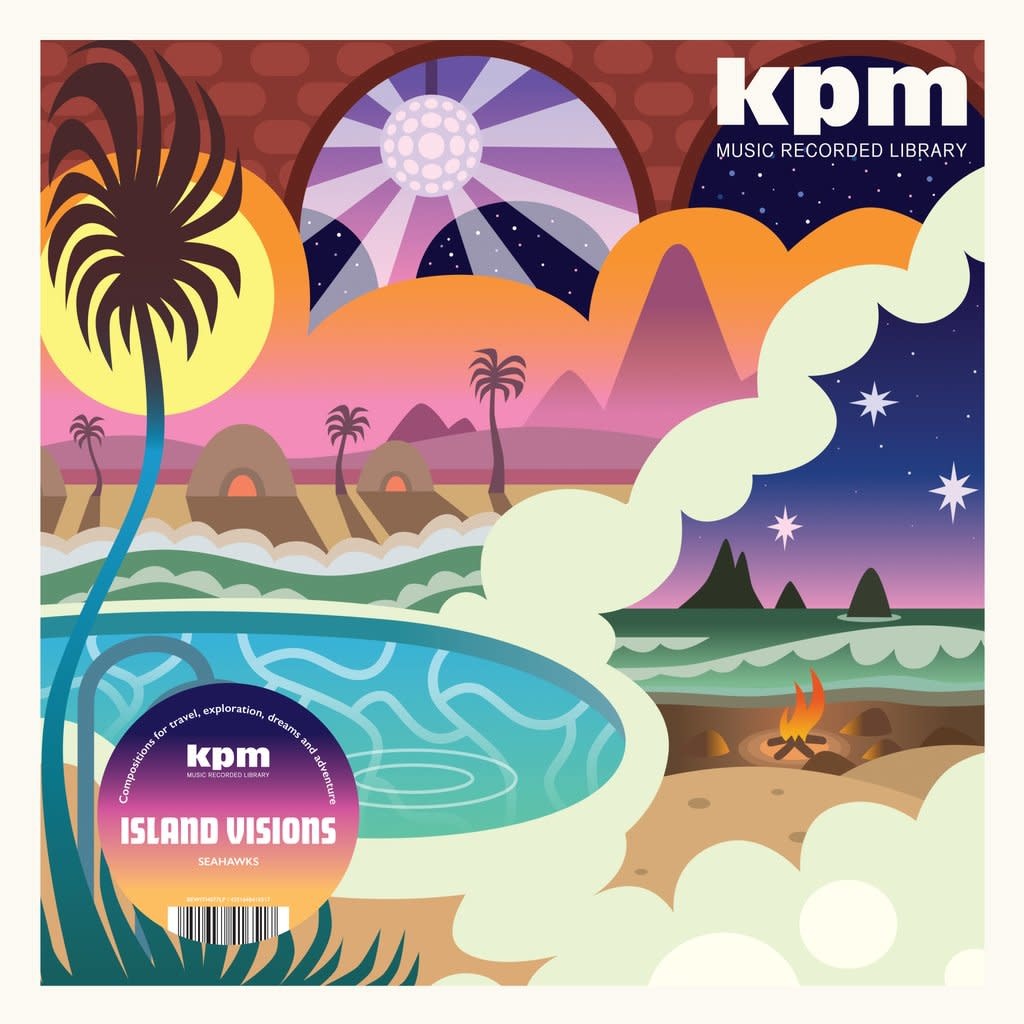 Jon Tye and Pete Fowler have been making music as Seahawks for a decade now. Given the sounds they’ve been exploring over those ten years it was a cosmic inevitability that they would be asked to contribute to the catalogue of the legendary library label KPM.

They replied with Island Visions, an exploration of sound for vision where they construct “audio micro-worlds to explore and inhabit”. A way to transport the listener away from the everyday without the bother of getting on an aeroplane. Mind travel is space travel after all, and much better for the environment.

Mostly recorded at The Centre Of Sound in Cornwall, with additional recording at Studio 34 in London, Jon and Pete’s travelling companions on this particular trip were boogie wunderkind Sven Atterton on fretless bass and keys, Nick Mackrory on percussion and the Seahawks live team of Dan Hillman and Alik Peters- Deacon.

From the grooves of Brian Bennett to the moog vibrations of Mike Vickers, the lush textures of Les Baxter to the experimental sounds of Delia Deryshire and David Vorhaus, this new music channels sounds and moods from across the KPM universe.