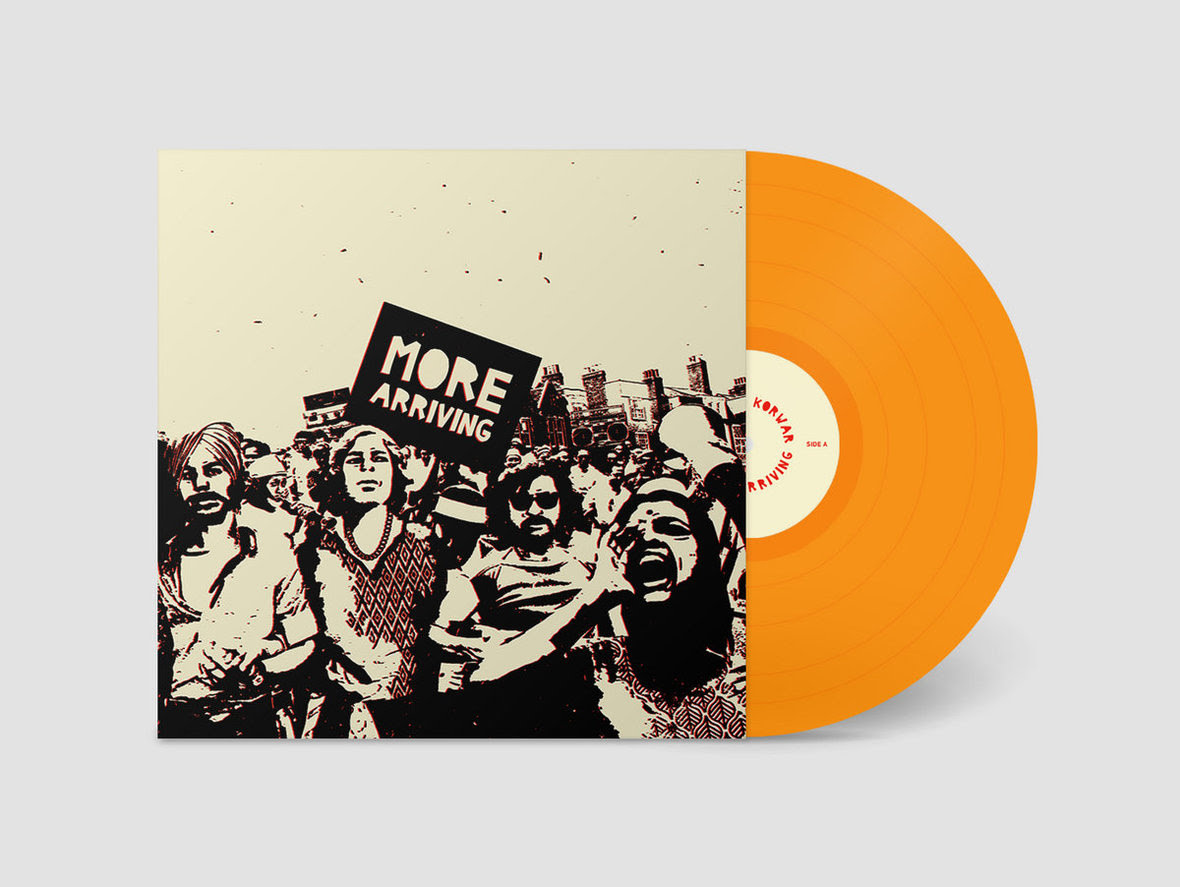 Orange coloured vinyl, limited to 300 copies. Sarathy Korwar's debut album was released by Ninja Tune in 2016, and a triple live album of reworked spiritual jazz pieces with the UPAJ Collective was released by Gearbox in 2018. So he arrives on Leaf with a considerable pedigree, although that may not prepare you for More Arriving. Recorded in India and the UK over a period of two and half years, and featuring some incredible talent drawn from the South Asian diaspora, including rappers MC Mawali, Prabh Deep and Delhi Sultanate, and spoken word artists Zia Ahmed and Deepak Unnikrishnan. Outlining the experience of an Indian living in London, and that of South Asians living in India and abroad (in a variety of languages including English, Hindi, Marathi and Punjabi), the result is more politically charged than even we expected. More Arriving draws on the nascent rap scenes of Mumbai and New Delhi, incorporating spoken word and Korwar’s own Indian classical and jazz instrumentation. This is a record born of confrontation; one for our confrontational times. Sarathy Korwar blasts out his own vibrant, pluralistic missive for the world to hear.