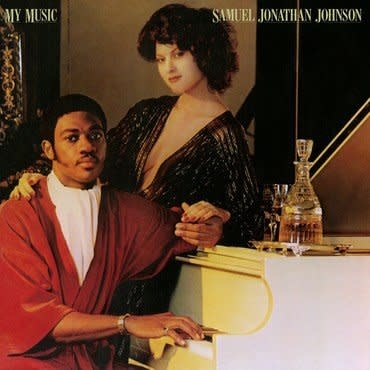 My Music is a stellar spiritual soul / jazz-funk gem, recorded by keyboardist-singer Samuel Jonathan Johnson in 1978. The epitome of a cult classic, it didn't do much upon its release but steadily found an audience over the decades that followed. It eventually worked its way into the culture, and latterly the wantlists, of wave after wave of soul aficionados. This is music that shares the jazzy R&B DNA of contemporaries like Roy Ayers and is an intoxicating blend of mellow moments and more groove-heavy tracks. Spacey keys and lush production give it a luxurious, enveloping warmth. Respectfully mastered by Simon Francis and cut by the master Pete Norman, this reissue of Samuel Jonathan Johnson’s sole LP sounds as sumptuous as that scarlet gown on the front cover. The sleeve artwork was lovingly restored by the Be With team. My Music is a luxurious and rare collection.