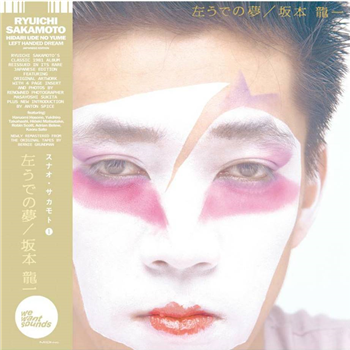 Indies exclusive edition with a 2nd LP featuring a full instrumental mix never released on vinyl. Ryuichi Sakamoto's landmark 1981 album reissued for the first time in decades outside of Japan featuring the rare Japanese edition in a superb blend of Electro, funk and ambient. All remastered by Bernie Grundman with new introduction by British Journalist Anton Spice. Ryuichi Sakamoto's third solo album Hidari Ude No Yume (Left Handed Dream) was originally released in 1981 on the Alfa label. Save for a small-scale Dutch vinyl release in 1981, it is the first time the album's original Japanese edition is released outside of Japan (the European release on Epic Records included significantly different tracks and mixes).