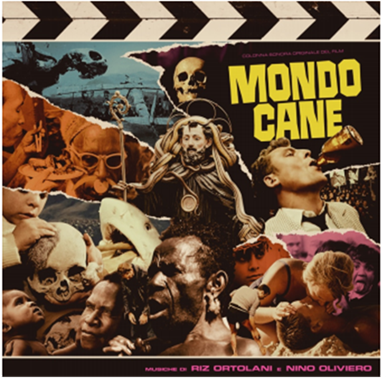 Carefully restored and remastered, presented in original, authentic artwork and manufactured in Italy. A cult-film documentary from 1962, directed by Paolo Cavara, Gualtiero Jacopetti and Franco Prosperi. This film saw great international success, winning awards at the 15th Cannes Film Festival, and is often seen as the film that gave real life to the cinematic strand of sensationalist documentaries - termed Mondo-Movie.

The soundtrack has a cult following also, innovative and modern, influences that span from jazz to exotica. It won a Grammy and nominated for the Oscar in 1963. One instrumental track - Modelle in Blue / Models in Blue became a lot more famous when it became the hit track "More", covered by the likes of Nat King Cole, Aretha Franklin & Frank Sinatra (over 70 million records sold).

The score has been carefully restored and remastered from the original master tapes and includes 7 unreleased pieces, including 2 tracks released on vinyl for the first time.
Add to cart
Ennio Morricone - I Malamondo
£29.99
Please accept cookies to help us improve this website Is this OK? Yes No More on cookies »