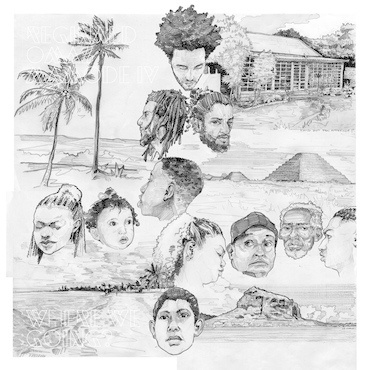 Reginald Omas Mamode IV releases his third album Where We Going? via Five Easy Pieces. The album was partly recorded on a journey to the Mascarene Islands in search of family roots. Where We Going? is reflective of the search for this lineage, which branches from ancient Mauritian Maroons - whose rich heritage, music and culture includes an unrecognised, undocumented resistance to colonialism - though Swahili and Malagasy to sugarcane plantation Creole slave decent. Influenced by golden era hip-hop, jazz, soul, Afro, funk, Sega and Maloya, and music from Africa, the Caribbean, South London and US; it is in part an attempt to evoke feelings of universal love and compassion. Mamode recorded the album using various drums and drum machines, percussion instruments, Fender Rhodes, and Roland and Korg synthesizers.