Refused - Not Fit For Broadcasting (Live At The BBC)

Home / Refused - Not Fit For Broadcasting (Live At The BBC) 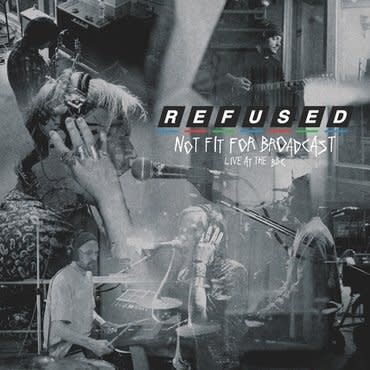 Ultra-Clear 12 Inch, 6 exclusive tracks, recorded for the BBC Maida Vale session, Rock Show with Daniel P Carter. Refused are one of the most respected acts in the hardcore scene, their seminal 98' album Shape Of Punk To Come is considered one of the most influential hardcore albums of all time. The band are known to combine electronica, jazz and ambient sounds with hard hitting guitars and frontman Dennis Lyxzén's politically driven lyrics. Their latest album, War Music was released in 2019, in which the band returned to their classic hardcore sound. This BBC session is comprised of songs from the new album and also fan favourite It's Not Okay... from their debut Songs To Fan The Flames Of Discontent.