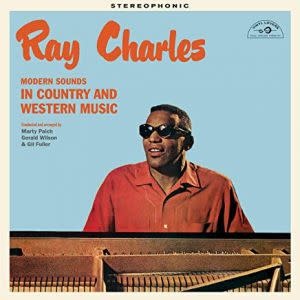 The classic Ray Charles LP Modern Sounds in Country & Western Music, presenting amazing arrangements by Marty Paich, Gerald Wilson and Gil Fuller. One of Ray Charles' best-selling albums ever, it earned Charles a Grammy Award for Best Rhythm & Blues Recording at the 1963 Grammy Awards, while the album was nominated for a Grammy Award for Album of the Year. In 1999, it was inducted into the Grammy Hall of Fame. A further song from the same sessions that wasn't included on the original LP has been added as a bonus.