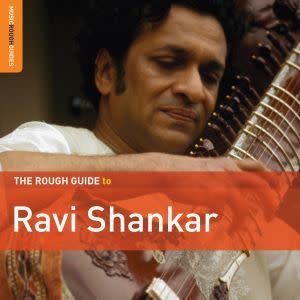 This album presents a collection of classic ragas which charts Ravi Shankar's rise to global stardom and is the first in the new Indian legends series of Rough Guides. Shankar was a huge influence on The Beatles, The Byrds and countless other legendary bands and his music brought the sounds of the raga into western consciousness and put the sitar on the musical map. George Harrison called Ravi Shankar "the godfather of world music". A ground-breaking artist who performed at the great pop festivals of the 1960s including Woodstock and who was awarded India's highest civilian honour, the Bharat Ratna. This album was compiled by renowned Indian music expert Ken Hunt.