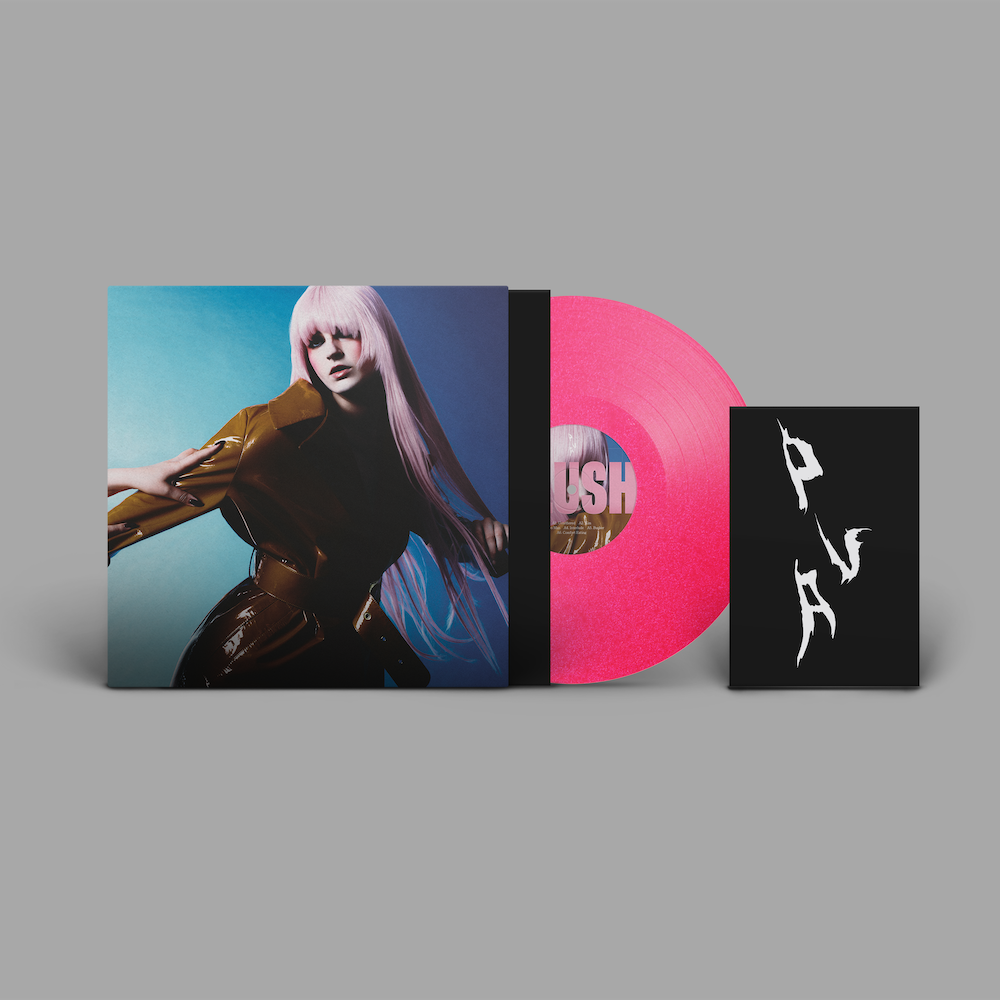 South London band PVA’s stunning debut album BLUSH consolidates the beating pulse of electronic music with the raw energy of a life-affirming gig and reveals more about the trio than they’ve ever previously shared.

The eleven blistering tracks from the group, Ella Harris and Josh Baxter (who share lead vocals as well as handling synths, guitars and production) alongside drummer and percussionist Louis Satchell, are made from a formula of acid, disco, blistering synths, the release of the dancefloor and queer-coded sprechgesang post-punk.

The tight-knit trio began when Harris and Baxter began making what they dubbed “country-friend techno” together in 2017. One of their first songs was born from Harris dictating her dreams to her new bandmate and their first show, at night called Narcissistic Exhibitionism at The Five Bells pub in New Cross, took place just two weeks after they met. The night was curated by Harris and featured painting, sculpture and photography upstairs, and bands on the ground floor. She booked PVA as headliners.

After this early stage they then recruited Satchell to bring a new dimension to their live shows. These more muscular gigs helped PVA establish a cult reputation among London gig-goers, particularly as they barely put any music online. Seeing the live show was really the only option. They established themselves as key players in south London’s fervent indie scene alongside Squid, black midi and Black Country, New Road. This then led to slots at SXSW, Pitchfork Music Festival and Green Man as well as national tours with Shame, Dry Cleaning and Goat Girl. Even in their earliest iterations, however, their existence beyond the confines of a traditional band set-up were clear. It wasn’t unusual to be able to catch them twice in one night, once at Brixton sweatbox The Windmill and again in the early hours DJing at Deptford’s subterranean Bunker club.

The group released their debut single ‘Divine Intervention’ through Speedy Wunderground in late 2019 with debut EP ‘Toner’ arrived a year later via Ninja Tune, home to similarly iconoclastic acts including Young Fathers and Kae Tempest. The EP featured a remix of ‘Talks’ from Mura Masa that picked up a GRAMMY nomination in the category of Best Remixed Recording at the 2022 ceremony.

On their debut album PVA carry that same energy from the live circuit, while also building out a holistic world full of texture and heart. BLUSH is rich with industrial-sized beats that pack a heavyweight punch, jagged punk spirit, and moments of hushed contemplation from Harris’ poetic lyrics. It sprints tirelessly throughout, linking influences including Portishead, PC Music, Laurie Anderson, and cult rave-pop duo The Pom-Poms with ease.

“We wanted to surprise people and do something more than just get across how we sound at a gig,” explains drummer Louis. “It’s quite an anxious record sometimes that is relating to mental health issues but also an everyday anxiety of making the album. It’s been a rocky ride but we always pick ourselves up.”

This is the sound of a group pushing past expectations and delivering an album that opens up new worlds of possibility. Defying easy categorisation might be instinctive to PVA but BLUSH makes other elements of the band’s world clearer than ever before. During the past two years Ella has worked on solo material as Lime Zoda and written two collections of poetry, much of which she used as the basis for lyrics on BLUSH.

Album opener ‘Untethered’ is about “being in a straight relationship that is restrictive and closed off,” Ella explains. “It’s basically an expression of this really frustrated anger at masculinity and a resentment at being unable to free yourself from that heteronormative situation and explore the world.” ‘Untethered,’ meanwhile, is a moment of celebration born from achieving that very same kind of release. There is a frantic energy to the song that makes remaining static an impossibility while its themes of transition, joy, and reframing negative situations continue throughout BLUSH. Ella had “loads of therapy” during lockdown and came to terms with a lot of major life situations. “I just feel happier with myself and that was really important for the songs, too,” she says.

This is something Josh shares, too. “Vicariously, through Ella, I get to express my queerness, too.” He leads the vocals on both ‘Bunker’ and the saw-toothed industrial banger ‘The Individual,’ songs dealing with identity and the characters that we see within ourselves. ”This album is definitely exploring who we are as people,” Josh says. “We’ve all had this personal growth and the album is about us allowing us to be ourselves more and being comfortable with that.”

BLUSH was written during various lockdowns, a testing time for a band used to finding the limits of their sound live on stage. Adversity, clearly, doesn’t get the better of PVA, though. If anything, they feel some enforced distance strengthened their songwriting. Ella wrote poems and learned to produce music, Josh worked with other artists as a producer, and Louis continued his music course at City University, studying ancient African polyrhythms among other techniques. “We’d got apart from one another with what we were making and had to come back together,” Ella explains. “We could have just bashed the album out but I’m really happy we took our time with it. It feels a lot more us.”

The album was produced by the band alongside friends Ben Romans-Hopcraft and Jamie Neville over a two week period at Neville’s home studio in south London. They then mixed the record at FOLD, the club hidden away on a trading estate in Canning Town. One place intimate, another industrial; this is PVA’s world.

Creating a world in which these songs could exist, not as disparate entities but cohesively and connected, was key to PVA. Over time the songs have changed and grown, resulting in a record that is at once gargantuan and yet deeply personal; purpose built to ricochet off the walls of any major venue yet stitched with enough personality and individuality to make the epic feel easily grasped. “The album has taken on a life of its own,” Ella states. “It’s really become something we didn’t expect.” Having set out to surprise people they ended up shocking themselves. The result, however unpredicted, is nothing short of revelatory. 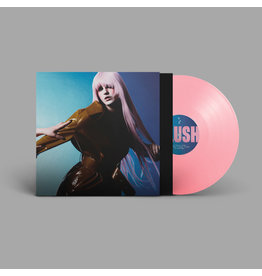 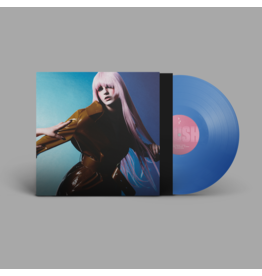 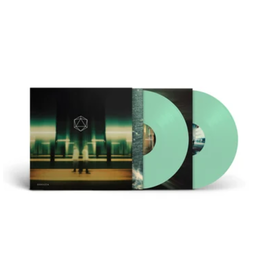 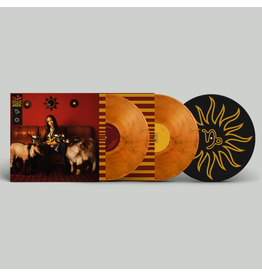 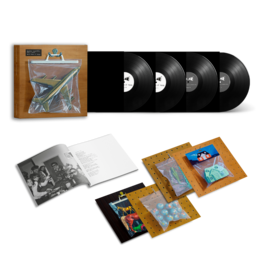 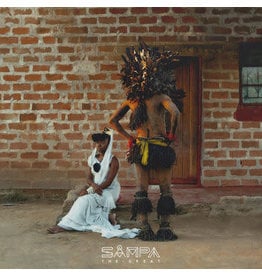 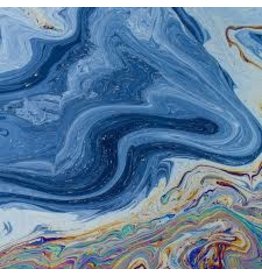 Floating Points’ first album in four years, Crush, twists whatever you think you know about him on its head again.
Add to cart
Floating Points - Crush
£20.99 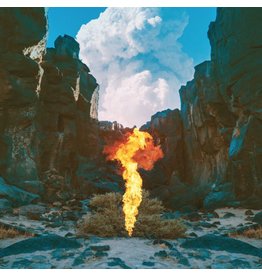 Bonobo returns with his sixth album, the masterful, magisterial “Migration” – a record which cements his place in the very highest echelons of electronic music and beyond.
Add to cart
Bonobo - Migration
£21.99
Please accept cookies to help us improve this website Is this OK? Yes No More on cookies »