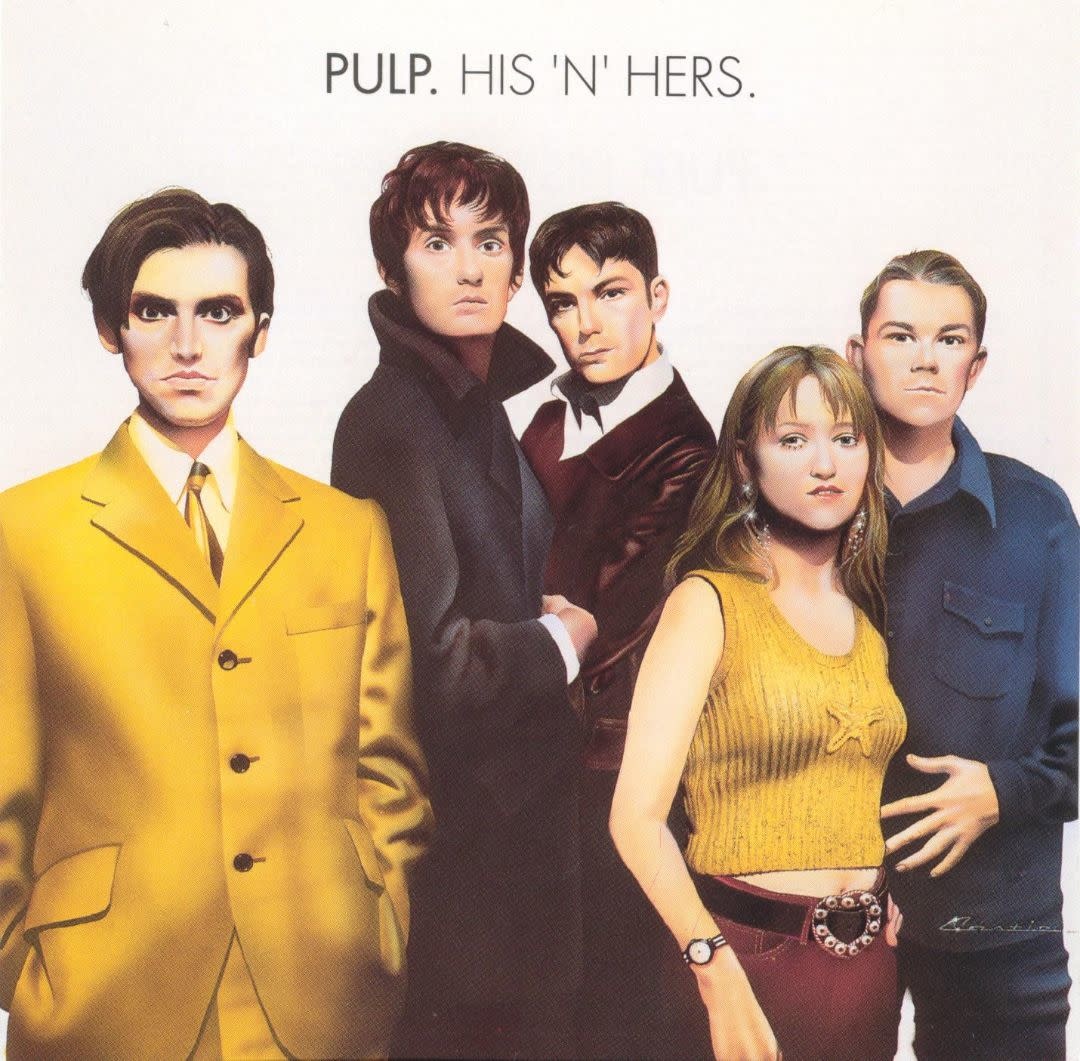 Pulp had been kicking around since 1981, but for all intents and purposes, their 1994 major-label debut, His 'n' Hers is their de facto debut: the album that established their musical and lyrical obsessions and, in turn, the album where the world at large became acquainted with their glassy, tightly wound synth pop and lead singer Jarvis Cocker's impeccably barbed wit. This was a sound that was carefully thought out, pieced together from old glam and post-punk records, assembled in so it had the immediacy (and hooks) of pop balanced by an artful obsession with moody, dark textures. It was a sound that perfectly fit the subject at hand: it was filled with contradictions -- it was sensual yet intellectual, cheap yet sophisticated, retro yet modern -- with each seeming paradox giving the music weight instead of weighing it down.