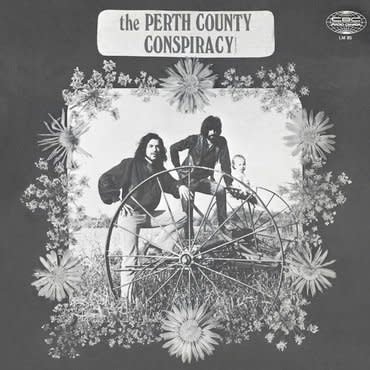 A true legend of the psych-folk rock genre, the very first album by Canadian band Perth County Conspiracy was conceived, recorded and designed to look and sound like the product of a commercial record label. Defining the zeitgeist as the 60s became the 70s, the band sound has touches of Nick Drake, Donovan and Terry Reid as well as more acid folk influences. But with only 250 copies produced the record quickly reached mythic status as the band went on to begin a commercial career with Columbia Records. A huge influence on later generations of Canadian artists, original copies are incredibly rare and change hands for hundreds of dollars. Standout tracks include a version of Donovan’s Hurdy Gurdy Man, the trippy Take Your Time and the smokey flute-led So Many Things.