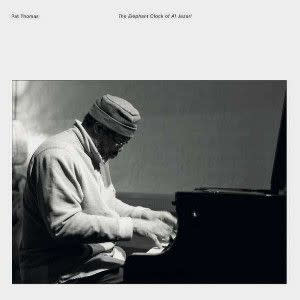 Recorded live at OTO in May 2015 and mastered by Giuseppe Ielasi, the LP comprises four typically genre-defying and sonically dexterous pieces from one of the UK’s most extraordinary pianists. In Pat’s own words: The title for this Album, was inspired by the incredible automatic water clock invented by Badi’ al-Zaman ibn al-Razzaz al-Jazari. Al Jazari refers to the fact he was born in Al Jazira which lies between the Tigris and the Euphrates in what is now Northern Iraq. Badi al Zaman means prodigy of the age. He is known by historians of technology as the father of modern robotics. The Elephant Clock at seven metres high is a testament to his engineering genius, it utilizes Greek water raising technology, combined with an Indian elephant, Egyptian phoenix, Arabian figures, Persian carpet and Chinese Dragons celebrating the diversity of cultures in the world. This and other marvels of engineering can be found in his Book of the Knowledge of Ingenious Mechanical Devices translated by Donald Hill (Pakistan Hijra Council). Over 50 devices are mentioned. Amongst them the first analog computer, his remarkable Castle Clock, however, the debt the world owes this muslim genius is found in his remarkable water raising devices, particularly water raising device number 4 where for the first time a crank connecting rod system is used. The crank is considered to be the most important single mechanical device after the wheel, by 1206 this is found fully developed in Jazari’s machines predating Francesco di Giorgio Martini by 3 centuries. For Al Haytham' is dedicated to the great polymath genius who wrote the great book on vision, the first person to give us a true understanding of how we see. Lubb is an Arabic word meaning innermost consciousness whilst to conclude proceedings Done is loosely based on a well known standard. - Pat Thomas 26TH May 2017. Pat Thomas began playing piano at the age of eight. He studied classical music and reggae was an early interest. Thomas was inspired to take up Jazz after seeing legendary pianist Oscar Peterson on television.