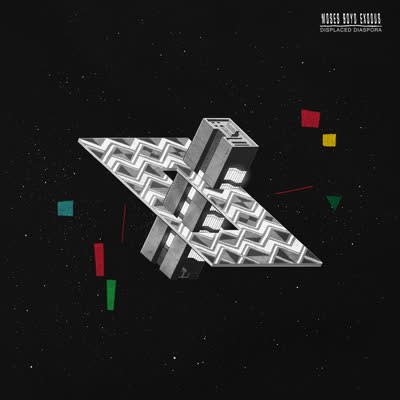 Moses Boyd is at the forefront of the New British jazz scene having worked and recorded with like of Giles Peterson, Four Tet, Sons Of Kemet, Zara McFarlane and more. With 2 MOBO Awards to his name and Multiple Releases via his Label Exodus Records. Moses has established himself as one of the leaders in bringing the worlds of Jazz and Electronic music together.

This latest release is taken from the same sessions that brought us Rye Lane Shuffle. Displaced Diaspora is a collection of music from Moses Boyd recorded in 2015 that features some of the now leaders of the New British Jazz Scene Such as Theon Cross, Nubya Garcia and Nathaniel Cross. As well as the Iconic British Soul Vocalist Terri Walker, Saxophonist and Bata Player Kevin Haynes and his group, Grupo Eleggua and Rapper Louis VI. The music is a mix of Jazz, Yoruba chants with Hip Hop and electronica influenced beats.