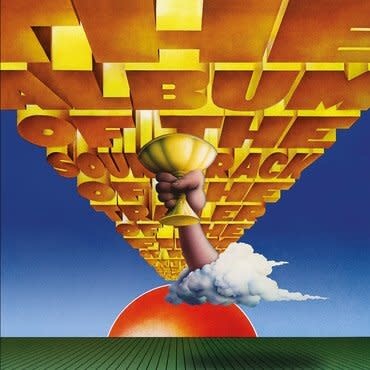 Simply one of the funniest albums ever released, the soundtrack to the Pythons first feature length movie (1975) debuts as a picture disc. It features Knights of the Round Table (Camelot Song), The Knights Who Say Ni, A Witch, A Foul Tempered Rabbit and other timeless comic diversions. Even the celebrated French Taunter is present among the selected highlights, although uniquely for any soundtrack, these highlights are as seen during the 3.10pm screening of the film at the Classic cinema, Silbury Hill, replete with the sound of snogging from the stalls and a guided tour of the facility’s car park. The packaging was configured by Terry Gilliam and the record includes the addition of a previously unreleased track: The Trailer of the Film of Monty Python and the Holy Grail. Ni!!