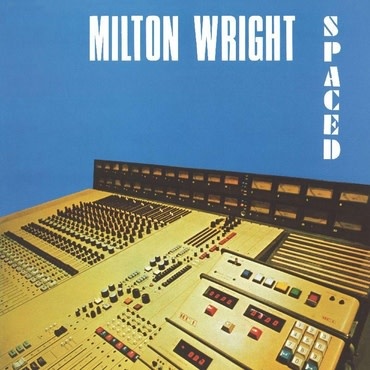 White coloured vinyl. Released during the late 1970's Disco era, Milton Wright's sophomore long player has always stood out as a singular, innovative example of the deepest, rarest grooves known to underground Soul lovers all over the globe. This often overlooked body of work has found a whole new audience who revisited the man's work retrospectively, pushing the LP into the domain of "holy grail" status amongst Black music lovers and Funk fanatics. Spaced has been at the top of the wants lists of serious music lovers for decades, often unattainable and commanding stellar collectors prices on-line, sometimes fetching amounts of upwards of £400. This unique LP could be perceived as being Wright's most personal work, tragically overshadowed by the burgeoning successes of his then label mates on Miami's Alston Records imprint. The sheer craftsmanship and songwriting prowess on show is undeniable, as is the top level musicianship and production, sounding ridiculously fresh almost some 40 years later. Do not pass up the chance to own a true gem, a pivotal, lost LP like Spaced, now made available again to be enjoyed by all.