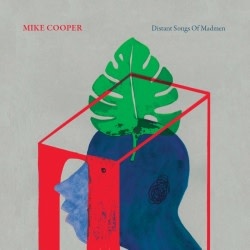 Distant Songs of Madmen was recorded live in Palermo and was a solo set in a concert organised by Lelio Gianetti and Curva Minore which included Mike's trio Truth In The Abstract Blues and Eugene Chadbourne. The set was free improvisation; some cover versions of folk and pop songs and some of Mike's own songs. The title of the record and some of the improvised pieces were taken from Sam Shepard's writing. Sam, one of Mike's favourite writers, has sadly died since the recording of this record and is dedicated to his memory.