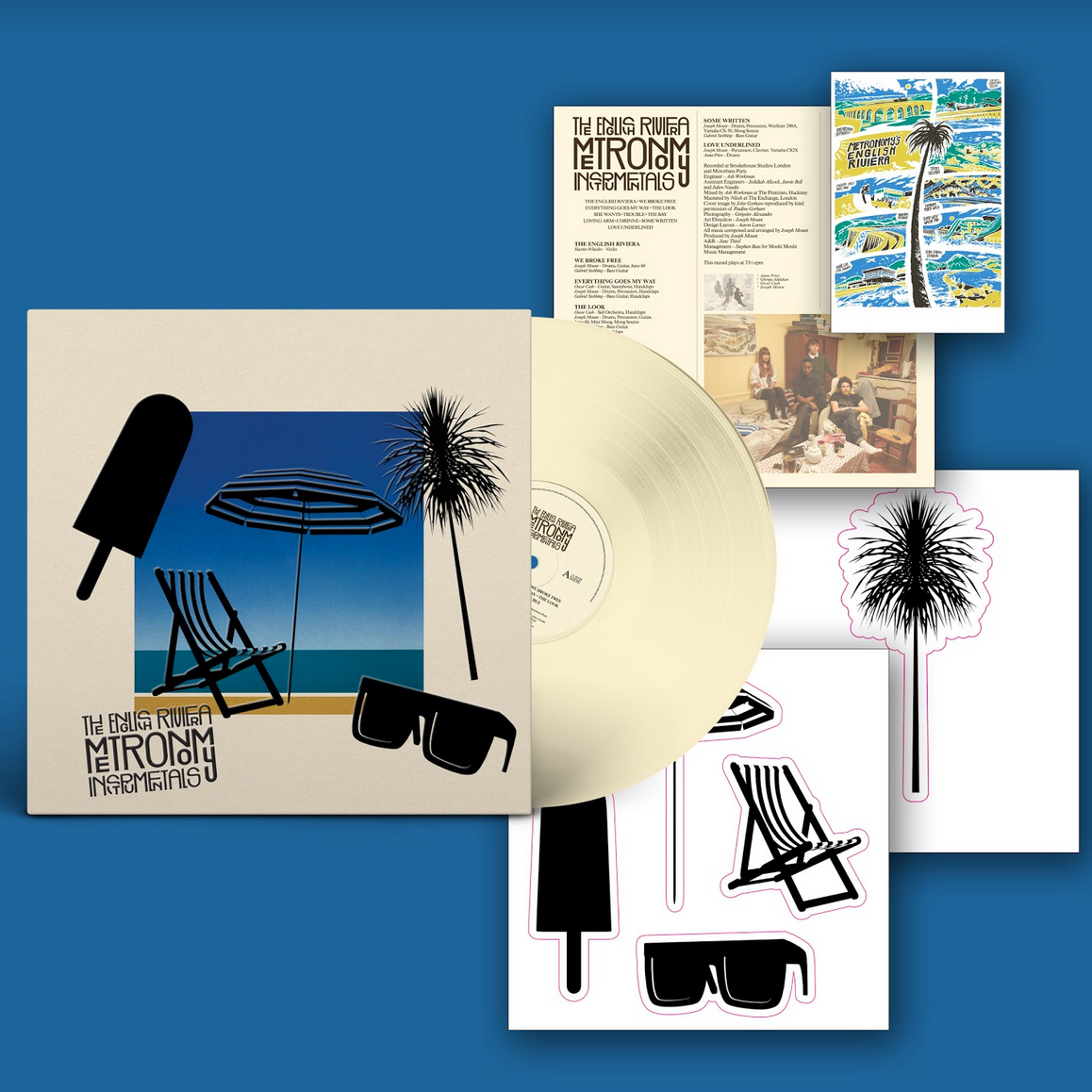 The Joseph Mount-fronted electronic pop collective Metronomy announce details of the forthcoming special vinyl release of the instrumental versions of their career-changing 2011 album The English Riviera, which is this year celebrating its ten year anniversary. The English Riviera [Instrumentals] are available to listen to online now and will be released on vinyl in November.

The Dinked vinyl edition of The English Riviera [Instrumentals] will be a cream coloured 12” vinyl with numbered sleeve, complete with transparent sticker sheets, A6 Postcard and Dinked sticker.

A full reissue of The English Riviera is out now, with the 10th anniversary edition containing six previously unheard Metronomy bonus tracks, including ‘Picking Up For You’ and ‘Friends’. Metronomy have also shared remixes of their iconic tracks ‘The Look’ by Grammy-nominated duo MGMT and ‘The Bay’ by London producer and DJ Mr. Mitch.

Metronomy band members Anna Prior, Oscar Cash, Olugbenga Adelekan and Michael Lovett also gave The English Riviera a fresh reworking recently, each putting their own unique spin on their favourite tracks from the album, choosing ‘Everything Goes My Way’, ‘She Wants’, ‘Trouble’ and ‘We Broke Free’ respectively. Listen to The English Riviera (2021 Band Remixes) here.

A love letter to the stretch of coast a stone's throw from where Joe Mount grew up, The English Riviera marked a breakout moment in the band’s history that would lead them to global success and see them constantly developing their sound for a decade to come.

Metronomy’s biggest album to date, The English Riviera was nominated for the Mercury Prize, is certified Gold in the UK and platinum in France, and upon release was met with wide scale critical acclaim: ranked as NME’s #2 album of the year (“a deep sea of ideas and imagination”), NYLON’s #2, Uncut’s #3, Mixmag’s #4, and #7 by The Guardian (“an assured, beguiling album”) among many other end of year lists. The English Riviera’s standout tracks ‘The Look’ and ‘The Bay’ remain Metronomy’s biggest and best recognised songs to date. 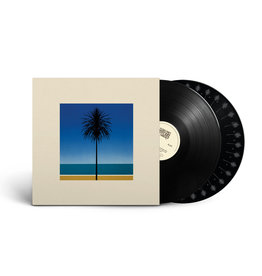 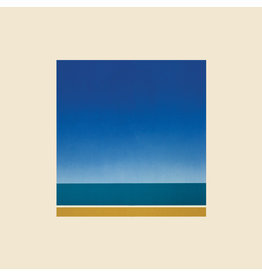