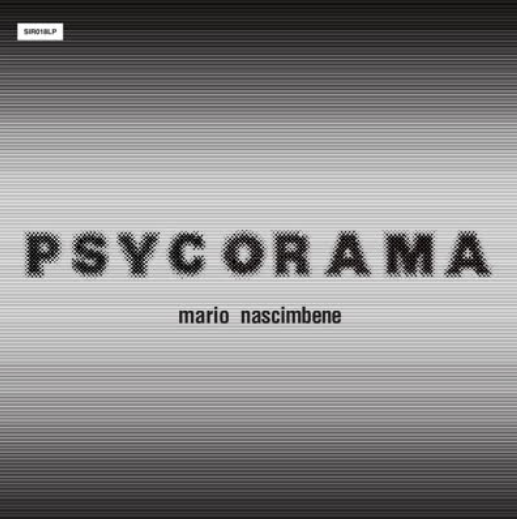 If conceivable, imagine a collaboration between Brian Eno and Aphex Twin, both in their ambient periods, recording stock music for an Italian Library music label. If so, then behold Psycorama!, a collection of experimental music used to soundtrack a series of films and documentaries produced by the Italian filmmaker Roberto Rossellini. Composed by Mario Nascimbene, a name synonymous with the golden age of Italian film music, a composer whose grandiose scores of the 1950s and 60s defined the very essence of Cinecitta. While the widespread influence of these soundtracks is undeniable, it is beyond the commercial domain of the major studios where this compendium takes focus, revealing a deeper, darker and more complex composer. Forged on the Mixerama, a unique homemade sampling instrument, Nascimbene employed visionary techniques to deconstruct and render sound, sculpting pre-existing recordings into intense and evocative other-worldly soundscapes (most notably used for the 1971 existential TV drama Socrates and the 1969 Egyptian modernist film Al-Mummia (The Night Of Counting The Years). Previously unpublished except for a lone and mysterious Library music LP, the soundtrack cues are collected here for their first commercial release. Psycorama is a fascinating document of electro-acoustic music comparable to the beautifully dark music of fellow colleague Egisto Macchi. Including liner notes and rare photos.