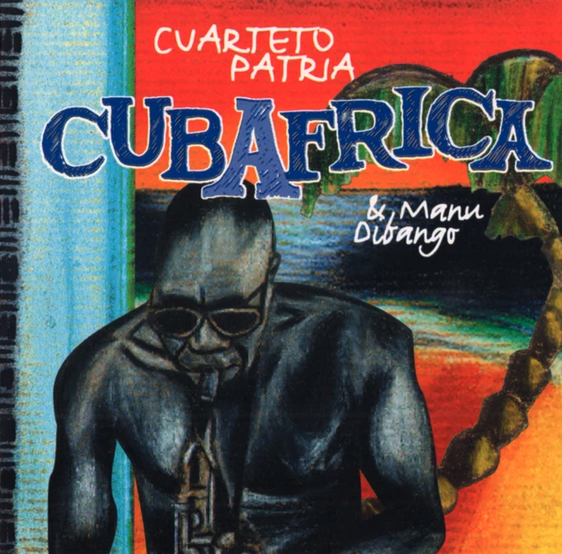 "Afro-cuban : that term which set the world on fire, from rumba to boléro, mambo to cha-cha-cha, before salsa, that 70's spicy sauce, took over from the others. But to speak truely, since the mists of times (of slavery), both Africa and Cuba aim to vamp that umbilical cord. The most recent example, CubAfrica, a record born from the reunion of a master from Africa and this very living institution from Cuba, during a show around Albi (in the south of France) where they were both headlining in spring 1996. Manu Dibango's sax melted perfectly with the rural music of Eliadès Ochoa and his Cuarteto Patria, here's the beginning of an idea.