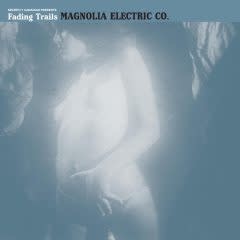 Jason Molina has lived in nine different locations and has had a dozen different backing bands on record in as many different recording environments. "Fading Trails" was recorded in four different studios. The essence of these recordings was extracted to create one cohesive being and thus defines what Magnolia Electric Co. truly is - something that's hard to define. One head, multiple bodies - the opposite of a hydra head.