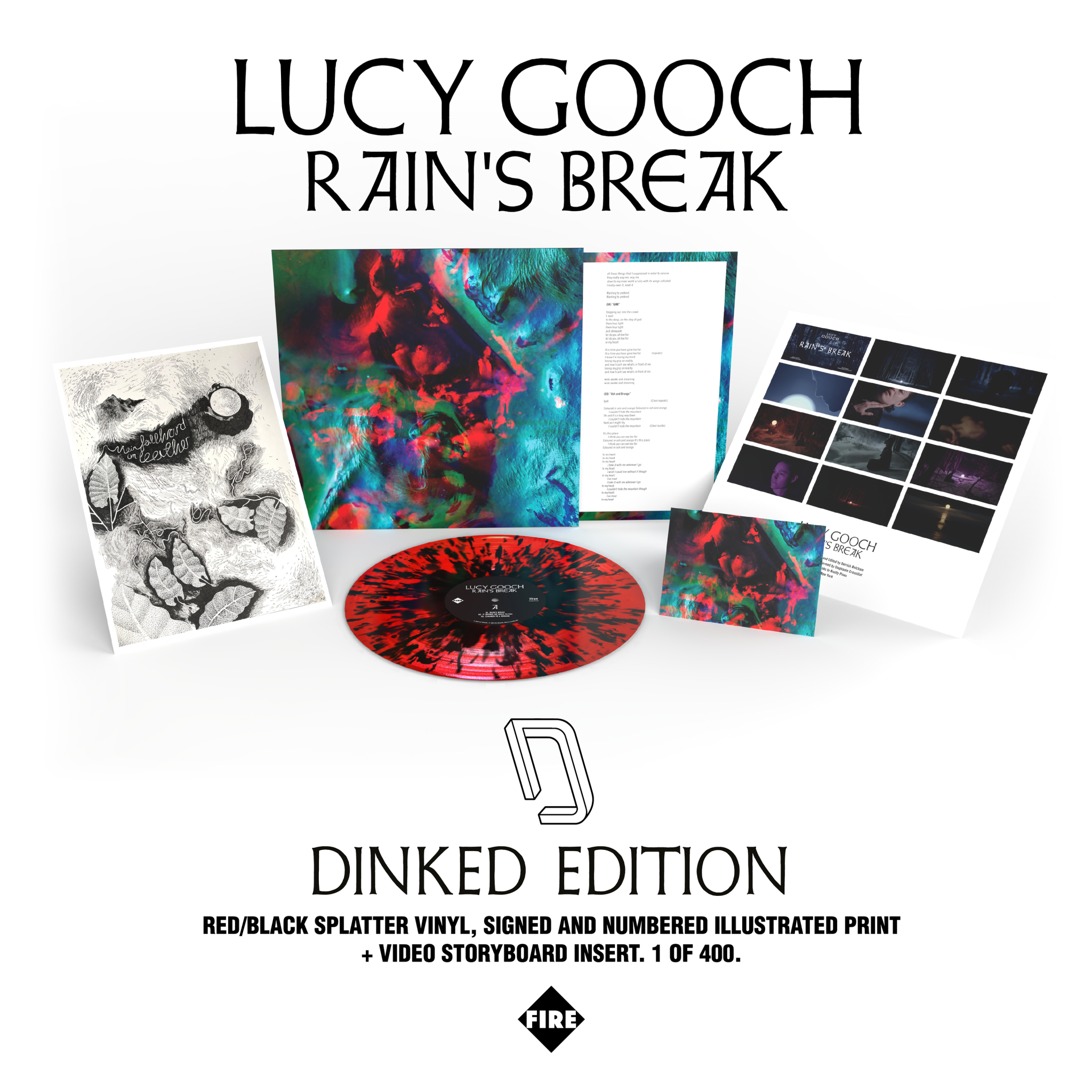 An exploration of repression, longing and ‘otherness’ amidst illusory landscapes, ‘Rain’s Break’ EP is inspired by the early technicolour films of Powell and Pressburger.
Lucy Gooch uses synthesisers and vocal layering to concentrate elements of each film’s score and narrative into songs which move through different moods of yearning and renewal:

“I first experienced their strange cinematic worlds in childhood, and they stayed with me, like waking dreams – their vibrancy seemed to capture the hidden emotional lives of everyday people. The films’ fantastical sets were often met with the complexities of the inner female experience, as portrayed by each heroine. People wrestling with post-war isolation, changing attitudes to women and sexual repression alongside their struggle to establish equality and autonomy of their own lives.”

So, it is amidst 1940’s austerity that these films were an escape, an over-rich backdrop of possibilities. A snatched piece of dialogue, the film’s score, the crackle of uncertainty all succumbs to the layered ambience of Lucy’s music as she traces moods of yearning and renewal on ‘Rain’s Break’ EP.

Originally from Norfolk, Lucy studied Fine Art and later moved to Bristol to join the emerging ambient scene there - gradually developing her writing and finally releasing her debut ‘Rushing’ EP in early 2020. Over the past year, she’s dipped into a wealth of long gone celluloid as the basis for a filmic journey, a five song EP that relives formative movies in her unique take on ecclesiastical pop.

‘Ash and Orange’ emerged after listening to old recordings of women’s choirs from the 1930’s, their stoic sopranos circling churches and halls. In two parts, it touches on an everyday person’s hidden life that leads to an emotional breaking-down. A change from Lucy’s trademarked looping style it takes its inspiration from choral composition.

‘Chained To A Woman’ by contrast, is more playful, nodding to ‘80s synth pop, a homage to some degree to Blue Nile, pop music tinged with melancholy.

“I sought to stick to that tradition of talk-singing the verses, and it seemed to fit in with the feeling of the song, which is more ambiguous. I wanted the words to be about being devoted to something, like family, a person or religion and all the things that come with that kind of devotion.”

Inspired by the monsoon scene at the end of Black Narcissus (1947), the title track ‘Rain’s Break’ takes its lead from the weather to reflect an emotional journey.

“That amazing tradition in early film of using weather to reflect the character’s emotional journey - it seems cliched now but at the time it was revolutionary. This is my attempt at trying to recreate the feeling of total surrender to drama, of something totally sensual.”

This is music that takes you places, shifts focus, paints large canvases. 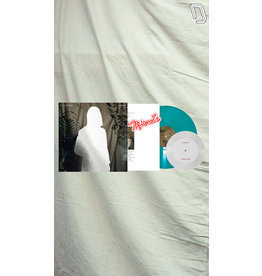 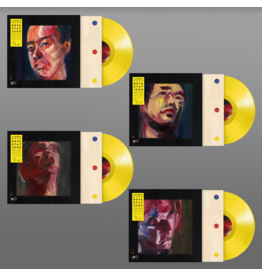 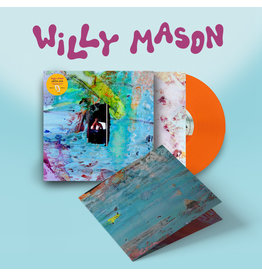