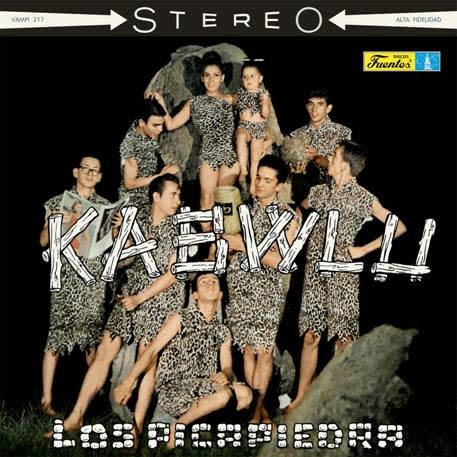 First ever reissue of "Kabwlú", a very hard-to-find album released by Discos Fuentes in 1965.

The mysterious Los Picapiedra (which translates as The Flintstones, inspired by the 1960s American cartoon show), was a short-lived studio group with one albumto their name, "Kabwlú", mixing 'folkloric' and 'modern' elements with calculated 'caveman' humor.

It is very musically diverse; not only are there the requisite genres that could be found on similar Colombian teenage-oriented groups' records of the time, such as cumbia, gaita, rock, twist and pachanga, but there is also a smattering of surf, doo-wop, Latin jazz, guajira, ska, and calypso. But what makes the whole thing so special is the odd, off-kilter arrangements, spooky tunings, rudimentary clanging percussion, invented 'cave' language, prominent twanging electric guitar and many zany sound effects.

Several of Los Picapiedra's songs became very popular in Colombia as well as Venezuela and especially in the 'rebajada' (slowed down) version as played by the 'sonidero' sound system DJs in Mexico, such as "La Hossa".

Presented in its original artwork and pressed on 180g vinyl. 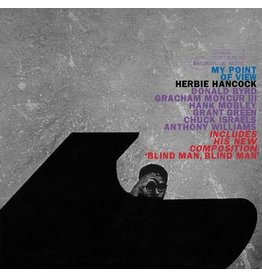 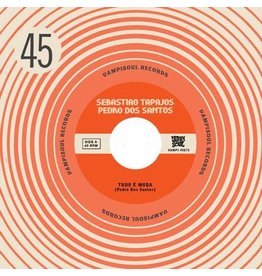 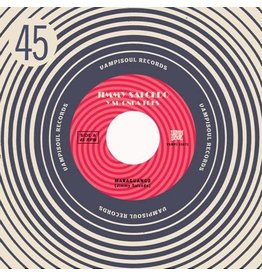 Many music fans will remember Jimmy Salcedo due to his wonderful work as arranger and producer with the duo Elia and Elizabeth in the early 70s.
Add to cart
Jimmy Salcedo Y Su Onda Tres - Maraguango / Moogambo
£11.99
Pre
Release date: 21/08/2020 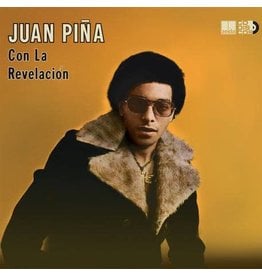