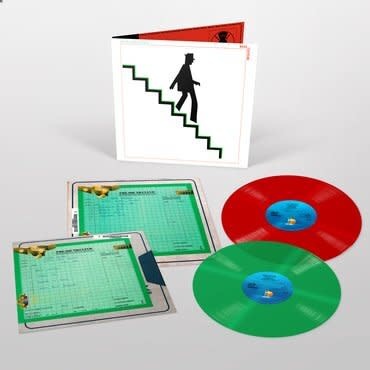 40th anniversary 2-LP edition of ‘dub poet’ Linton Kwesi Johnson’s classic 1980 album, released on Island Records, with additional LP – LKJ in Dub, featuring dub versions of tracks from Bass Culture and previous studio LP Forces Of Victory. Produced by Linton Kwesi Johnson and the legendary Dennis Bovell (Blackbeard), the album is a fierce, politically-charged view of Britain at the time. The music however is both highly accessible and experimental, going beyond traditional reggae arrangements to include free jazz and avant-garde elements. Remastered at Abbey Road, released on heavyweight coloured vinyl: Green for Bass Culture / Red for LKJ In Dub. Features expanded artwork in a bespoke gatefold sleeve. Both albums out of print on vinyl for years.